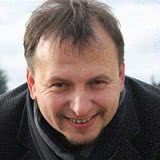 At first sight, Poroshenko’s state visit to Malaysia and Indonesia looks odd. The lack of serious interests of Ukraine in this region is allegedly proved by the scarcity and penury of news reports about this region, which are confined to boring economic data about the avenues of exporting Ukrainian sunflower oil and importing ‘much-needed’ palm oil from Indonesia.

It is only the active Russian propaganda that rushed to devalue this particular visit that indicates some serious ‘subsurface part of the iceberg.’

One possible explanation is that Indonesia is one of biggest importers of foreign weapons. According to the Center for Analysis of World Arms Trade, Indonesia spends billions of dollars annually to import weapons. It’s even more intriguing that Russia is the number one arms supplier to the country.

The Ukrainian President’s visit to Indonesia may threaten Russian interests in the region,  which is why the Kremlin is particularly concerned about it. To discredit this visit, Russian websites, along with Ukrainian turncoats, suddenly got interested in what Poroshenko was doing in Indonesia.

Considering also that earlier this year Ukraine signed 15 memoranda of cooperation with India which could push Russian suppliers out, Russia can suffer a sensitive loss of market share.

It is extremely childish to expect official press releases to uncover all information about the outcomes of talks. They contain meagre words about a defense cooperation agreement being signed, while agricultural products supply was addressed in a much more sophisticated way.

However, those who know how to read between the lines can understand more from this short report.

The outcomes of negotiations in Malaysia on condemning the perpetrators of the MH-17 attack are also worth attention. Considering the Asian style, it is possible to establish an international tribunal for charging Russia only if agreement is reached on the top level.

According to the Presidential website, Malaysian Prime Minister Najib Razak noted that after the publication of the report [Ed.: on criminal investigation of the tragedy], representatives of the countries involved would have a meeting and coordinate the plan of actions to bring the perpetrators to justice.

Although the official press release does not mention Russia, it is clear enough that Poroshenko and Razak were discussing Russia’s involvement in the MH-17 crash.

The situation is delicate here, too, because Russia ranks 3rd among top weapons suppliers to Malaysia. This country also allocates billions of dollars to buy arms. It might be the reason for Poroshenko’s meeting with Malaysian Minister of Defense Hishammuddin Hussein.

Time will tell whether these agreements would be successful. But it is also interesting to find out why Ukraine needs to build up arms exports during the war in Donbas. Indeed, according to the Stockholm International Peace Research Institute (SIPRI), Ukraine increased its market share and now is ranked the 9th among top global weapons exporters.

The matter is that it is high time to update the weaponry of the Ukrainian army, and Ukroboronprom badly needs foreign money for that. The majority of current Ukrainian weapons were produced back in Soviet times and – what is even worse – are inferior to Russia’s assets.

More far-ranging rifles, counter-battery radars, and encryption facilities can be bought on foreign markets if you have enough money and are not tied down by special limitations.

Thus, Poroshenko’s visit to Indonesia and Malaysia is not only cost effective but also makes a double hit against the interests of Russian arms suppliers.

A column serves to express the personal opinion of the author. It does not aim to be objective or comprehensive about the topic in question. The opinion of Ukrayinska Pravda editors may differ from that of the author. The editors are not responsible for the factual accuracy and interpretation of the information, our media outlet hereby only serves as a platform.

0 0 0 0
Comments — 0
Please authorize to add comments
Log out Rules of Commenting
Commenters who are offending others will be banned without prior notice. Information on such users might be provided to the law-enforcement agencies upon their request. No advertisements may be included into the text of the comment.