Prosecutor: 12 Years in Prison for the President of the Tax Academy 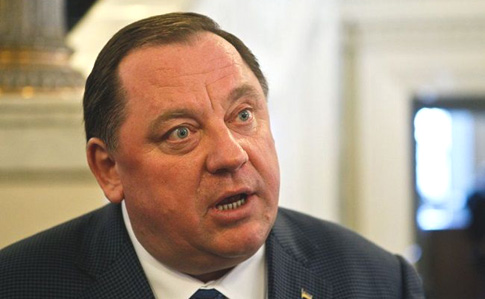 Office of the Prosecutor for the Kyiv Oblast forwarded the indictment of Petro Melnyk, former President of the National University of the State Taxation Service of Ukraine.

Office of the Prosecutor finalized the investigation, the indictment covers embezzlement of the property and corruption.

The pretrial investigation established that during 2007—2008 former President of the National Tax Academy sold 4 state-owned real estate objects to a private corporation owned by his wife and son.

The state-owned real estate objects in question were managed by the National Tax Academy and were located in Kyiv and Khmelnytsky Oblasts and Simferopol. The damage caused by Melnyk exceeds ₴33 million Melnyk faces 12 years in prison, confiscation of property and ban from the government service and education for 3 years.

In July 2015 Irpin Court acquitted Melnyk of corruption charges, yet on November 5, 2015 the Court of Appeals of Kyiv Oblast overruled the acquittal.

Melnyk was arrested in 2013 in his cabinet while accepting a bribe. He claimed his health was deteriorating and he was allowed to be on a house arrest. After that Melnyk fled from Ukraine to the United States and returned only after the Revolution of Dignity. In July 2015 Melnyk was presented with a new summons.