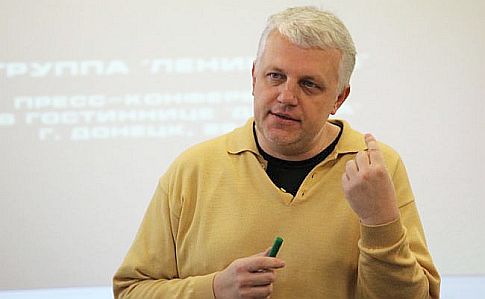 On July 29, Ukrayinska Pravda sent an official enquiry to the National Police, asking for information about the date of the end of vacation of First Deputy Head of the National Police Vadym Troyan. The enquiry also requests to inform of the date of his questioning regarding the alleged illegally organized surveillance of assassinated journalist Pavel Sheremet and founding editor of Ukrayinska Pravda Olena Prytula. 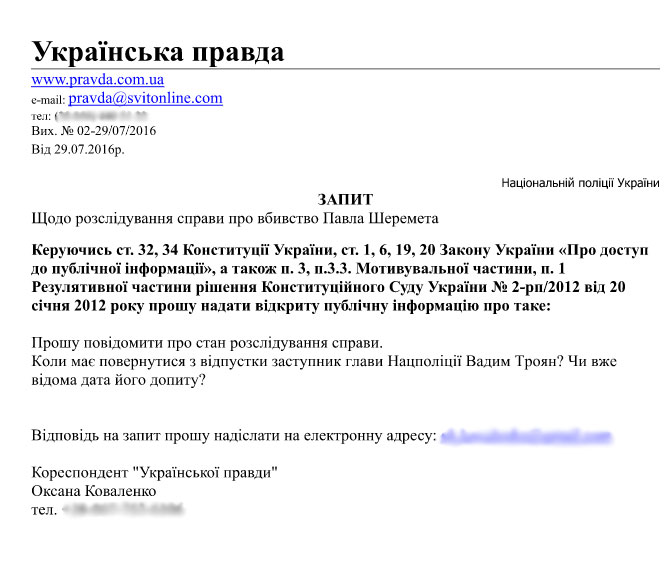 The official reply to Ukrayinska Pravda provided by the National Police does not feature Troyan’s name at all. The letter says that the investigation of Sheremet’s murder includes "a full set of investigative and search actions aimed at identifying people who perpetrated the crime" and that publicizing any other information related to the case may hinder the investigation. 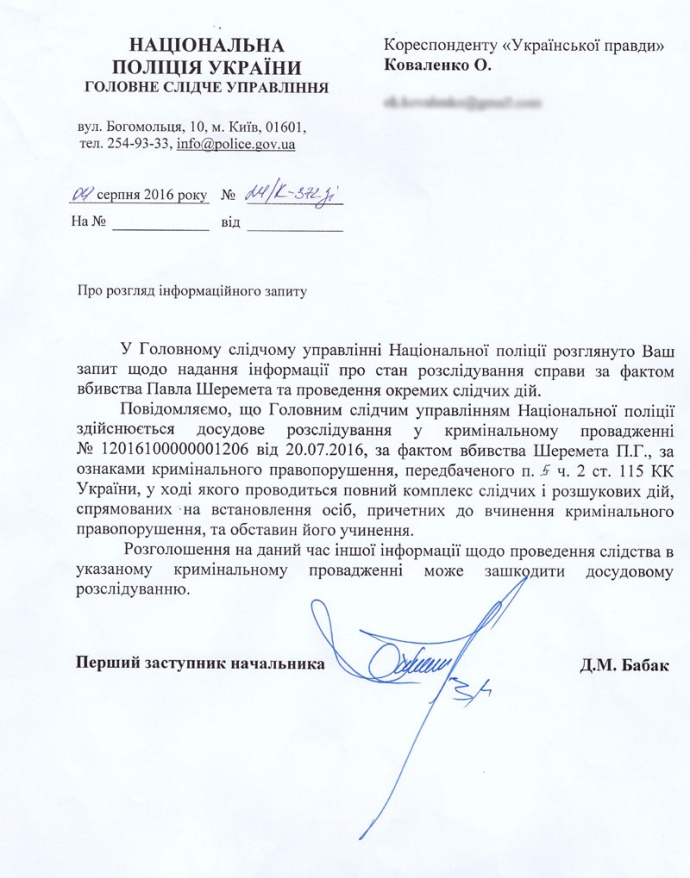 After Ukrayinska Pravda published a related news piece, Head of Public Relations for the National Police Artem Shevchenko commented that the personal schedule of the top officials of the National Police, especially the Head of Criminal Police, was classified information, so the public "will, of course, find out that Troyan is back when he is actually back."

Later on Friday night, August 5, Shevchenko said that Troyan was back to work this week already. In particular, on August 4 he took part in the celebrations of the one year anniversary of the National Police. Shevchenko added that an official reply to Ukrayinska Pravda’s earlier was based on outdated information.

When asked about the prospective date of questioning Troyan regarding the illegally organized surveillance, Shevchenko suggested that Ukrayinska Pravda address this question to the Prosecutor General’s Office.

Pavel Sheremet died on the morning of July 20, 2016 after his car, which was owned by the Founding Editor of Ukrayinska Pravda Olena Prytula, exploded. Prosecutor General Yuri Lutsenko named the professional activity of Sheremet as the main motive of the assassination.

According to some sources, First Deputy Head of the National Police Vadym Troyan illegally organized surveillance of Sheremet and Prytula. Prosecutor General Yuriy Lutsenko said earlier that criminal proceedings have been started against Troyan in relation to the surveillance.