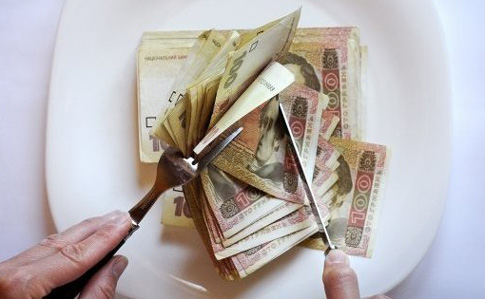 The Ministry of Economic Development has forecasted two scenarios of the trajectory of the Ukrainian economy until 2019. The related draft document was approved by the Cabinet of Ministers on July, 1.

The document outlines two scenarios — optimistic, which implies quick reforms in the economic sector with the help of Ukraine’s international partners, leading to 3% GDP growth in 2017, and pessimistic, involving slower reforms, weaker position of Ukrainian goods on external markets, and two times slower GDP growth of 1.5%.

Some indicators and prognoses are the same for both — in any case, it is expected that both utilities rates and social standards will go up, and the problem with restructuring the ‘Yanukovych loan’ will linger. Excise duties, VAT, and customs duties will continue to become closer to European standards.

In addition to the basic scenarios, the Ministry of Economic Dzvelopment is also considering alternative versions: optimistic scenario #2 and pessimistic scenario #2. The optimistic one involves all the best things possible happening to Ukraine: the business climate will improve, export earnings in foreign currency and investment will increase thanks to growth of the world economy. Ukraine will integrate into the European flow of goods, financial resources, and technologies, and consolidate its positions on world markets. This will relieve tension in the Ukrainian foreign currency market and decrease inflation, and lead to 5–6% GDP growth.

The pessimistic scenario suggests that GDP will fall 5%, and also includes minimal inflow of foreign capital, hryvnia devaluation to ₴38-40 per $1, inflation at the level of 21-22%. The income of the population will continue to fall, and unemployment will increase.

Ekonomichna Pravda presents the most important predictions of the government.

Nota Bene! Publications of the English version of Ukrayinska Pravda are not verbatim translations of the source publications from the Ukrainian or Russian language versions of our website. For the sake of clarity and editorial effectiveness our translators might take the liberty of shortening and retelling parts of the source publications. Please consult the text of original publication or the English editorial staff of Ukrainska Pravda prior to quoting our English translations.

0 0 0 0
Comments — 0
Please authorize to add comments
Log out Rules of Commenting
Commenters who are offending others will be banned without prior notice. Information on such users might be provided to the law-enforcement agencies upon their request. No advertisements may be included into the text of the comment.
Publications

David Lipton, IMF: Ukraine risks reversing
Can Ukraine count on the next tranche, what is important for the IMF now, and what is wrong with the Ukrainian reforms – those are the matters the UP have discussed with the First Deputy Managing Director of the IMF David Lipton.

How Paul Manafort Brought US Politics to Ukraine (and Ukrainian Politics to the US)
Ukrainian political cynicism is conquering the United States. To its own surprise, Ukrainian politics managed to influence the most important American political event — the presidential elections. The campaign in the United States is nearing its end on November 8. On August 14 Ukraine became a hot topic next to Russia, immigration and Islam
All Publications