Muzhenko: Russian Military Threat Does not Limit Itself to Donbas 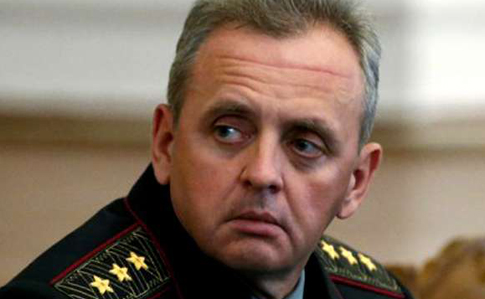 In an interview to the UNIAN information Agency, Muzhenko said that there is evidence of the presence of the Russian military that the General Staff presented to international partners on various levels. He said that about 40,000 Russian mercenaries, as well as about 6,000-7,000 soldiers of the regular Russian army were currently present in the occupied territories of Ukraine, not including Crimea where Russians are continuously increasing their military presence.

The Chief of the General Staff added that they were observing the increase of military presence, improvement of infrastructure, introduction of new military units and bases in the east and on the territory of Russia. He said that as of late May 2016 the General Staff was considering several possible scenarios, including a full-scale offensive against Ukraine.

Speaking about the current situation in Donbas, Muzhenko said: "The situation is under control, but tends to aggravate. We are observing more shelling from heavy weapons, which hasn’t happened for a while. This is one of the ways to exert pressure on Ukraine."