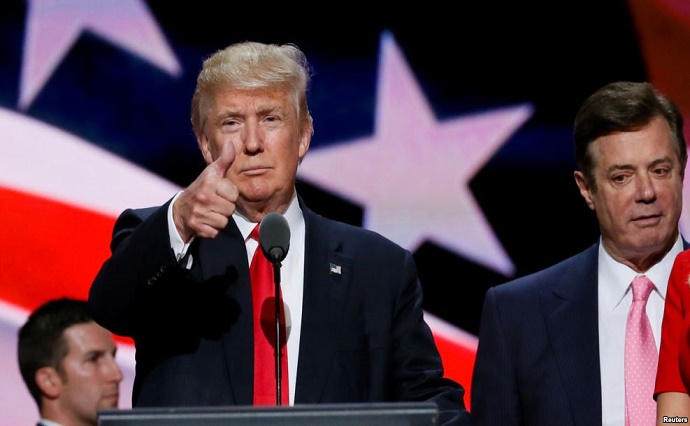 Usually little is known in the West about our country. Most of these ‘facts’ are unpleasant: Chornobyl, war, street violence and, of course, massive corruption. Yet the story of Paul Manafort, the former chairman of Donald Trump’s campaign, demonstrated that Americans knew little of the true scale of Ukrainian corruption.

It turned out that our ‘good old’ corruption can influence US presidential elections! After the Yanukovych cash scandal, the US media voiced a number of concerns about Manafort and his boss. Some even suggested that Trump now has to step down from the elections.

In late May 2016 ex-Deputy head of the Security Service of Ukraine Viktor Trepak submitted documentary evidence to the National Anti-Corruption Bureau (NABU). The document is a balance book of off-record cash payments of the now defunct Party of Regions which the New York Times nicknamed ‘the black ledger’. The total amount of money that went through the black ledger is circa $2 billion.

On May 31 Ukrayinska Pravda published a small part of the black ledger, but even that was enough to show the scale the crimes committed the the Party of Regions at the times of Yanukovych.

After our publication, the black ledger disappeared from the media spotlight. It was mentioned only by the NABU press service when it was reporting witness interviews in this case.

So when on August 14 The New York Times published their article, it came as a total sensation for the American public. The article explained that handwritten ledgers show $12.7 million in undisclosed cash payments designated for Mr. Manafort from the Party of the Regions from 2007 to 2012.

In Ukraine, where judges and prosecutors can ‘make’ a hundred thousand dollars in one case, this amount might not look that impressive, but in America such a volume of cold hard cash being paid off-the-books is shocking.

After our May article was published, Artem Sytnyk, the head of NABU, confirmed that Manafort is mentioned in the black ledger two times: on November 20, 2007 and on October 5, 2012. But he also voiced reservations.

"Mentioning of Manafort’s last name does not necessarily mean he recieved the money. There are other people’s signatures in front of these expense records and there is no mention of what was the purpose of allocating that money. Currently we are collecting evidence to prove that these books are authentic, that certain people have put their signatures in them and that the allocated funds were received," — explained the head of NABU.

"With Manafort, things get more complicated as the there is no mention of the purpose of this money in the ledger. He was not occupying any official positions in Ukraine. This is a slightly longer story," — Sytnyk assessed the prospects of the case against the political consultant from the US.

Manafort himself called the publication by the New York Times ‘an attack’ on his reputation and claimed: "I have never received a single ‘off-the-books cash payment’ as falsely ‘reported’ by The New York Times, nor have I ever done work for the governments of Ukraine or Russia".

This is a lie.

Paul Manafort is a legendary person in Ukraine. His name was almost never mentioned by the mainstream media, yet he was friendly with many influential Ukrainians. Manafort was widely known in some very closed circles. Yet the names of the people from those ‘circles’ still force some state officials to close ranks.

Rinat Akhmetov, Ukraine’s richest man, brought Manafort to the country. It happened during the first Maidan in 2004, between the second and the third rounds of the presidential election. Manafort, who by that time had already won elections for regimes in Congo, Angola and the Philippines was asked to see what can be done for Yanukovych to become the next president after all. Even Manafort could not achieve that.

Manafort’s mission was impossible: to win the parliamentary elections for the Party of Regions a year after the first Maidan. He accomplished this task successfully. 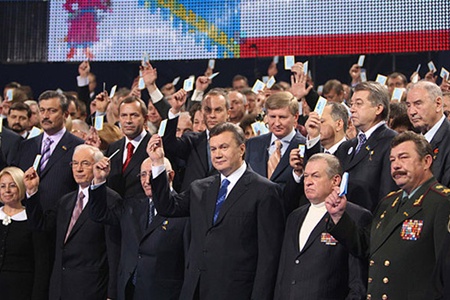 The arrival of Americans provoked a number of conflicts among the ‘regionals’, with the major conflict being the battle for influence between Yanukovych and Akhmetov. The resignation of by-then head of the campaign of the Party of Regions Vasyl Khmara became the first public manifestation of that Cold War among the Party’s insiders. Later in 2012 Khmara admitted in an interview to Ukrayinska Pravda that he decided not be a celebrity-for-hire with Americans doing all the real work.

"They changed the electoral philosophy in our country. You don’t have to campaign directly anymore. You just need to turn on the ‘box’ and talk from it to the people. And you also need to throw money at them with things like free meat and sausages.

"Our modern elections are now done via the ‘box’. It is the revolution that was done by the Americans," — Khmara explained his position back in 2012.

Vasyl Zharty became a celebrity-for-hire and he was an obedient pupil of Manafort. The Chief of Staff of the Party of Regions started reporting to Manafort on how he developed the concepts of the American consultant in the Ukrainian media.

Yanukovych himself was ‘schooled’ and so were the top-10 of his party. Phillip Griffin was teamed up with Yanukovych. Griffin taught Yanukovych to dress decently, to walk and even to gesticulate. The American team also devised ‘hiding’ tactics, so that Yanukovych would not say stupid things to the media.

It is Manafort, to whom the Party of Regions owes most of their slogans and political rhetoric, including ‘dangerous NATO’ and ‘suppression of the Russian language in Ukraine’, which artificially divided the country, alienated some people in Russian-speaking eastern Ukraine and may have helped sow the seeds of the war in Donbas.

As a result of the systematic electoral preparations managed by Manafort, the Party of the Regions triumphed in the 2006 Rada elections and after luring Socialists from the ‘Orange’ coalition voted to appoint Yanukovych PM. Yet, that victory did not last for long.

In 2007, Yulia Tymoshenko Bloc surrendered their Rada mandates and provoked early Rada elections. During those elections Manafort’s team turned Yanukovych into a ‘democratic leader’ capable of cooperating with Yushchenko. Anti-NATO rhetoric was softened for this reason.

The major task was not to let Tymoshenko distance herself from the Orange failure and take 150 Rada seats again. Manafort failed in this task. After the 2007 Rada elections Tymoshenko took the PM’s cabinet on Hrushevskoho Street for three years.

But that was the last defeat of Manafort and his team. In 2010 during the inauguration of the new President, Manafort gloriously kissed the cheek of Rinat Akhmetov. There were grounds for the American to be happy: only five years after Maidan, Yanukovych managed to become president. This time, unlike 2004, there was enough time for Manafort to prepare the campaign. ‘Improving Your Life Already Today’ [Ukr.: "Ďîęđŕůĺíí˙ ćčňň˙ âćĺ ńüîăîäíł], a phrase which became a household joke in Ukraine, was also invented by the Americans.

The ‘regionals’ also won the Rada election in 2012. Yet it is difficult to tell what was the true reason of their victory: the American team or the gross use of the electoral corruption and backstopping. By that time Yanukovych’s ambition to become yet another of Manafort’s dictators had manifested itself on a full scale.

The most obvious example was that Yulia Tymoshenko exchanged her spacy PM’s office on Hrushevskoho Street for a prison cell.

The role of Manafort and his team in this story is not fully clear. He was always Yanukovych’s advocate in the West, yet the Party of Regions hired other American lobbyists to put Yanukovych right with the US Government after his bloody repressions started. Tymoshenko later included Manafort in her lawsuit against oligarch Dmytro Firtash, but a US court dismissed the case against him. 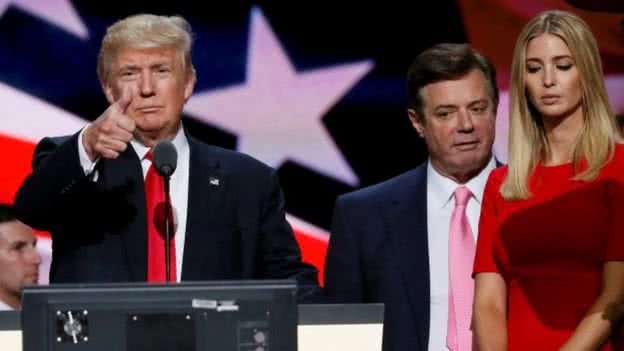 We can understand Manafort’s tasks during Maidan from the controversial interview of Yanukovych’s long-time media adviser Hanna Herman to Le Monde, in which she was said "the American consultant gave smart advice to which Yanukovych agreed not so often".

After Yanukovych was gone, Manafort had to face a task that was even more difficult. He had to make sure that at least some of the Party of Regions members (those who didn’t flee the country) made it to the new Rada.

He managed this task well. Yuri Pavlenko, a former MP from Yushchenko’s Nasha Ukrayina who then changed his allegiance to the Regionals, was full of hope when he was describing how the political consultants achieved this election result for the Opposition Bloc — a new brand after the Party of Regions was banned in Ukraine.

"Our campaign can be studied in universities as an amazing outcome of the work of political consultants. We have a day-to-day plan of what should be done to improve our rating," — boasted Pavlenko.

This was the last of Manafort’s ‘labors’ in Ukraine. According to our source in the Opposition Bloc, Manafort effectively stopped working for them after the 2014 elections.

"We stay friends and keep in contact, but we stopped our cooperation," — one of the influential members of the Opposition Bloc told Ukrayinska Pravda. According to our sources the new party had completely settled their accounts with Manafort for the 2014 elections and there were no new payments.

Nobody saw the official contract for Manafort or his ‘contractors’. Unofficially our sources in the Opposition Bloc confirm that the fee of the American consultants was $35,000 per month. Now the investigation has to establish whether they truly took the money mentioned in the ‘black ledger’.

As NABU signed a cooperation agreement with FBI we hope that the interest of US investigators in the Ukrainian activity of such an influential person as Manafort will help the black ledger to be thoroughly studied by the international community. Such a story of total lawlessness should result in a fitting punishment.

Publications of the English version of Ukrayinska Pravda are not verbatim translations of the source publications from the Ukrainian or Russian language versions of our website. For the sake of clarity and editorial effectiveness our translators might take the liberty of shortening and retelling parts of the source publications. Please consult the text of original publication or the English editorial staff of Ukrayinska Pravda prior to quoting our English translations.

David Lipton, IMF: Ukraine risks reversing
Can Ukraine count on the next tranche, what is important for the IMF now, and what is wrong with the Ukrainian reforms – those are the matters the UP have discussed with the First Deputy Managing Director of the IMF David Lipton.

How Paul Manafort Brought US Politics to Ukraine (and Ukrainian Politics to the US)
Ukrainian political cynicism is conquering the United States. To its own surprise, Ukrainian politics managed to influence the most important American political event — the presidential elections. The campaign in the United States is nearing its end on November 8. On August 14 Ukraine became a hot topic next to Russia, immigration and Islam
All Publications