Russia's largest banks use the platform of an international company that not only gives a blind eye to the war but also helps Russian financial institutions in every possible way to stay afloat.

After Russia invaded Ukraine, the largest payment systems Visa and Mastercard, left the market of the aggressor country. Russia's banking system has been significantly shaken, and the cards of many Russians have become useless plastic.

However, the situation did not get out of control. One of the reasons is the OpenWay company, which continued to work in Russia. It is an international company based in Belgium that develops Way4 - a platform for digital banking and management of all types of payment services and tools.

The company's products are used by the largest banks of the Russian Federation, including those subject to sanctions: "Sberbank of Russia", "Alfa-bank", "VTB bank",  and "VEB bank". Moreover, the company has long cooperated with the RNKB sanctioned bank with an office in occupied Crimea.

In addition, the OpenWay platform is also used by Ukrainian banks; one of them is the state-owned Oschadbank.

The entire banking system of Russia rests on the Way4 software solution of the OpenWay company. The company understands this but does not leave the market of the aggressor country.

The history of OpenWay's cooperation with Russia goes back many years. So, in 2014, after the occupation of Crimea by the Russians, the first bank - RNKB - entered the peninsula. The Russian Federation wholly owns it and, of course, is under sanctions.

OpenWay did not risk direct cooperation with the bank, creating a straw company - OV Integratsia LLC. Thanks to it, in 2017, Openwau concluded 12 agreements with the RNKB. Since "OV Integratsia" is a separate company, OpenWay allegedly did not violate the sanctions.

However, both LLC "OV Integratsia" and LLC "Openway Service" (whose owner is a Maltese company that is part of the OpenWay Group) are united by the joint general director Anton Korytov and joint minority shareholders Anna Taratynova and Hryhoriy Gitelson. Both companies are located at the same address.

In addition, no Russian firms can supply the Way4 platform without OpenWay's knowledge. This is a software product that requires updating and purchasing licenses. This is possible only with the permission and participation of OpenWay because the platform belongs to the whole group.

How OpenWay helped Russia save itself

As a result of the Russian occupation of Crimea in 2014, Visa and Mastercard stopped servicing cards of Russian banks operating on the territory of the Autonomous Republic of Crimea. Because of this, Russia decided to create its own National System of Payment Cards (NSPC), through which all bank card payments are processed within the country.

The NSPK also includes the payment system "Mir" - an analogue of Visa and Mastercard in Russia and the temporarily occupied Crimea. OpenWay became the principal architect of "Mira".

"A decision was made to create a fundamentally new architecture. In this regard, the OpenWay company became a partner of NSPK, as it was able to offer a single architectural approach that suits us", said Deputy General Director of NSPK JSC Serhiy Bochkaryev in 2016.

OpenWay's response to the full-scale war

Many large Russian banks, including sanctioned ones, continue to use the Way4 platform from OpenWay. This product is used by Sberbank of Russia, Alfa Bank, VTB Bank, VEB Bank and RNKB. Until recently, OpenWay boasted of cooperation with "Sberbank of Russia" in all its cases.

The work of the Way4 system in these financial institutions continues. Therefore, the validity of the licenses continues. This is evidenced by the absence of large-scale failures in the banking system of the Russian Federation.

In addition, many Russian contractors continue to look for specialists who know how to work with Way4. Many OpenWay contractors in Russia are also recruiting. The addresses and contacts of the offices in the aggressor country were, of course, hidden on the OpenWay website, but with the help of WebArchive, this information can be easily found.

The only thing the company did after February 24 was to sell the St. Petersburg Openway Service LLC to its Russian employees Gitelson and Taratynova. In 2016, their company circumvented international sanctions by selling OpenWay software to Russia's RNKB.

The leading company OpenWay Group removed its top managers from the list of shareholders and changed the name of the Russian "OpenWay Service" to "OV Service". However, all this does not mean that OpenWay has stopped operating in the Russian Federation.

Maybe the top management of OpenWay in Brussels does not know how the Russians are deceiving it? Unlikely, given the names and background of the heads of the head office. They studied and worked in Russia, and there should be no misunderstanding with the Russians.

Maria Vinogradova is Head of Strategy and Marketing Intelligence, EMEA-AMER-APAC

Who else violates sanctions

OpenWay uses the systems of the American software developer Oracle in its solutions. Thus, not only OpenWay violates the sanctions but also Oracle since sanctioned banks use its databases.

Thanks to the work of two foreign companies, the Russian banking and payment systems work smoothly. The Russian occupier receives his salary on time. 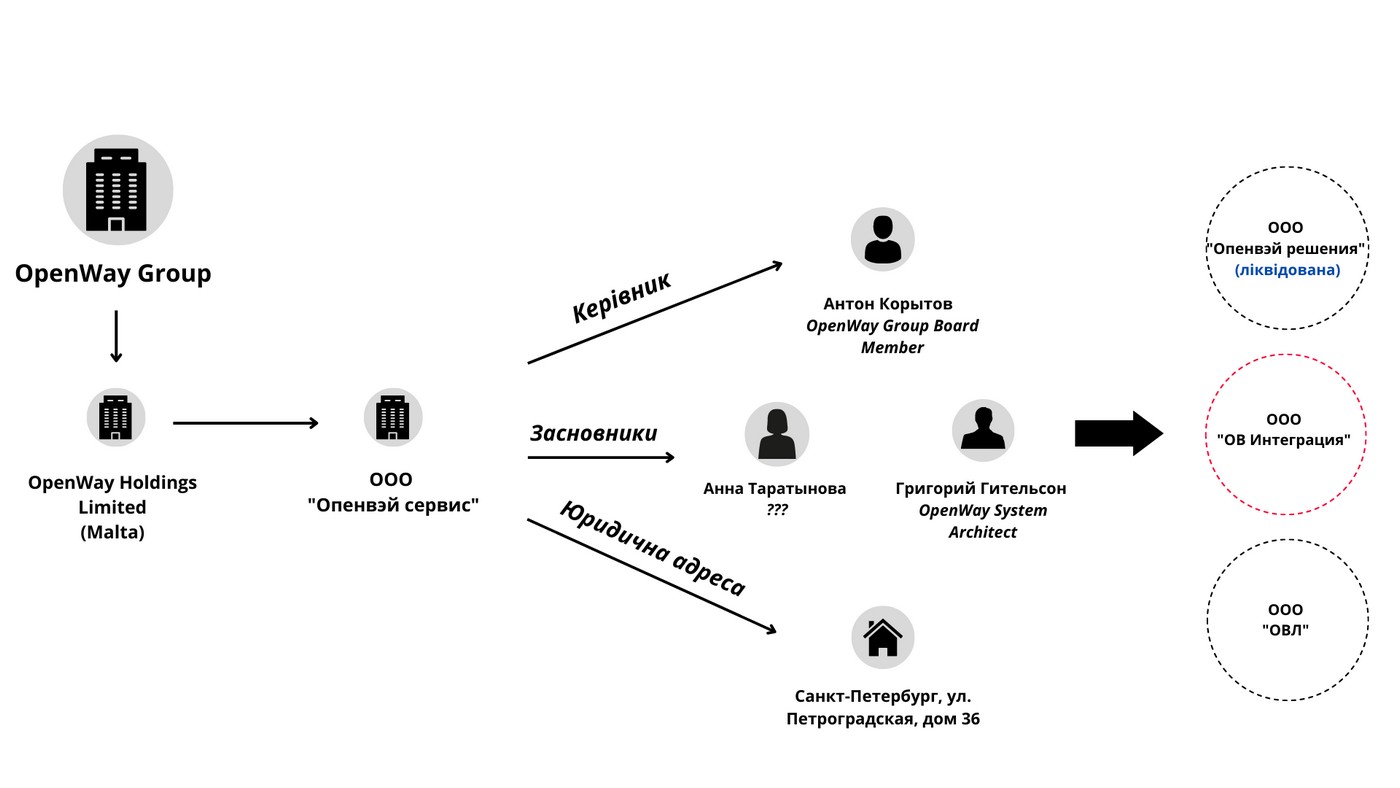 OpenWay Group officially owns companies in Belgium and Cyprus. According to the media, in addition to them, the OpenWay Group includes the Maltese company OpenWay Holdings Limited, which held the official OpenWay representative office in Russia before the war in Ukraine. 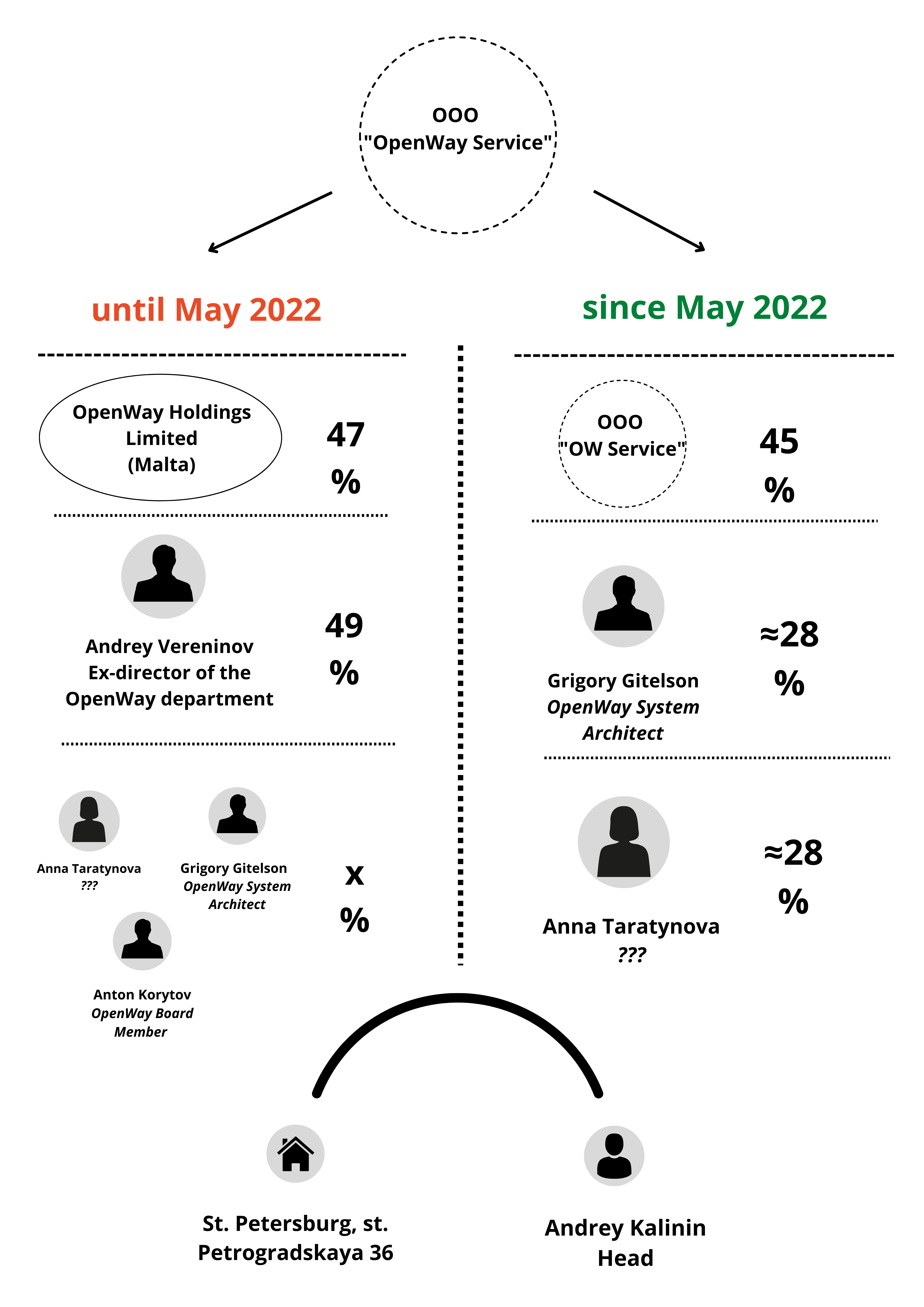 The material was prepared by EP journalists based on the information of the Economic Security Council of Ukraine.

ECSU is an institution created to develop expertise in identifying and countering internal and external threats to the economic security of Ukraine.