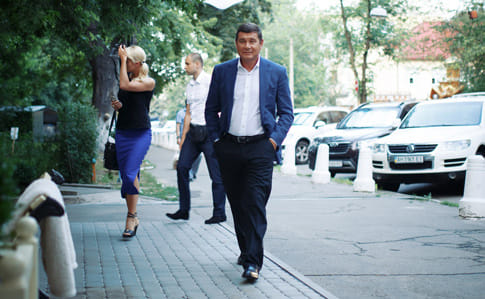 The National Anti-Corruption Bureau (NABU) put the MP Oleksandr Onyshchenko on a wanted list, Ukrayinski Novyny cite the source in the anti-corruption authority.

According to the source, on August 10, the NABU detectives and special anti-corruption prosecutors are going to request Interpol to put him on an international wanted list. The source of Ukrayinska Pravda in Special Anti-Corruption Prosecutor’s Office (SAP) confirmed this.

At the same time, the National Police website has no information on putting Onyshchenko on a wanted list.

Oleksandr Onyshchenko and a number of his associates are accused of the embezzlement of money of state-run company Ukrgazvydobuvannia and causing $1.6 billion loss to the state budget.

Onyshchenko is reported to be in London where he prepares to stand trial with Ukrainian law enforcement authorities.

On August 9, Solomianskyi District Court decided to satisfy the motion of the SAP prosecutors to detain Onyshchenko.