Onyshchenko Offers to go to NABU to Prove his Innocence 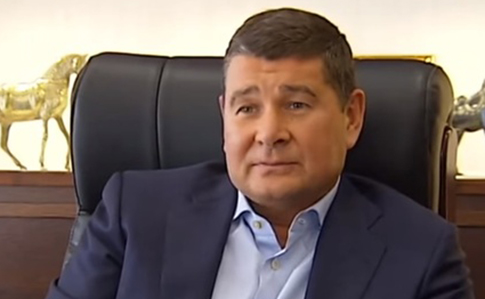 MP Oleksandr Onyshchenko received no official documents from the National Anti-Corruption Bureau (NABU) and has set out to convince the Committee on Rules of Parliamentary Procedure not to support the filing on lifting his immunity, prosecution, detention, and arrest in relation to alleged corrupt schemes at Ukraine’s state gas producer UGV. He made these comments on air on Inter TV channel on the night of Sunday, June 19.

The MP said he planned to go to NABU himself and take TV cameras along, so that their communication would be public and nobody could accuse him of running away and hiding from investigation. He reminded he was on the National Equestrian team of Ukraine and was now getting ready for the Olympics, which explained his frequent trips abroad.

During the week, the MP told the media he was in Kyiv, although the official information from the State Border Service proved otherwise. As of June 19, the court ruled that all 10 people who were detained on June 15 in the ‘gas case’ should be arrested for 60 days.