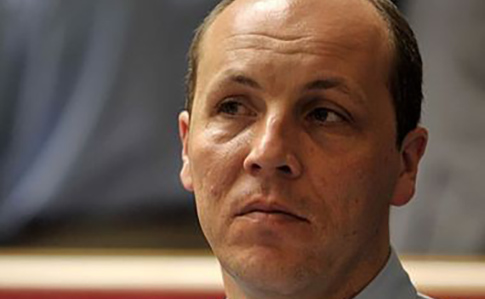 Ukrainian Parliament Chairman Andriy Parubiy would be in favor of removing the special status of non-government-controlled areas of Donetsk and Luhansk Oblasts from the draft amendments to the Constitution concerning decentralization, he commented to Rada TV Channel, the parliamentary press-office [ed.: the text of this hyperlink is in the Ukrainian language] reports.

"If it were me to decide, I would rather remove this paragraph. We would be able to proceed with decentralization reform widely supported by society and the Parliament," he suggests. "After that, we could provide for the special status of Donbas by considering and introducing separate amendments to the Constitution," he added.

"However, international agreements make us include the special status of Donbas as part of the reform. Unfortunately, this provision provoked political conflicts along with wide social discussions. Actually, this provision – which depends on whether Putin implements the Minsk agreements – doesn’t allow us to advance the crucial decentralization reform," Parubiy noted.

Parubiy believes that it is too early to discuss decentralization reform that includes special status of Donbas, as the Russian occupiers are behaving more aggressively.