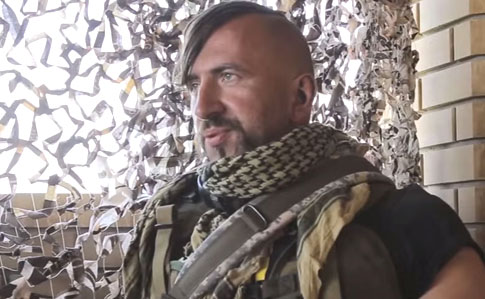 Ukrainian opera singer Vasyl Slipak, who served in Pravyi Sector volunteer battalion, was killed during a firefight in Donbas on Wednesday, June 29. It was reported to Ukrayinska Pravda by one of his fellow soldiers.

He was killed by a sniper while soldiers tried to repel a militant attack. Two more servicemen suffered injuries.

The ATO press-center has no information about the death of Vasyl Slipak.

Slipak performed in France for many years. However, he abandoned his career and returned to Ukraine with the onset of the Russian aggression.