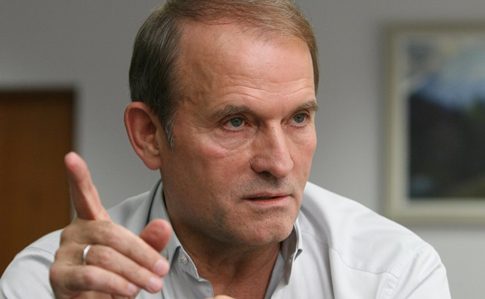 According to Lutsenko, Medvedchuk started registering organizations throughout Ukraine having various names but sharing a common goal – claiming to be "territorial communities" calling to pay taxes only to these local bodies, not to the central government.

The Prosecutor General underlined that he initiated a meeting of law enforcement agencies on this matter, and the Security Service of Ukraine (SBU) ‘blocked this gangrene in Ukraine.’ He expressed hope these organizations would not be registered.

Lutsenko informed that in Khmelnytskyi, where one such entity was registered, a citizen who declared herself the head of territorial community started to raise taxes from businesspeople. According to him, this person has already been detained and accused of treason.

"I am sure it is the only possible solution. If we acted like this before, we would not be able to fight internal and external enemies now," the Prosecutor General claimed.

"If direct evidence is available against Medvedchuk, nothing would stop us from bringing a charge against him," he asserted.