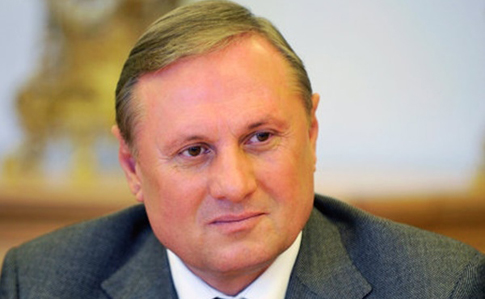 The former leader of the Party of Regions faction in the Rada Oleksandr Yefremov has been detained, Prosecutor General Yuri Lutsenko stated on the morning of July 30.

"Upon suspicion of infringing the territorial integrity and unity of Ukraine a citizen of Ukraine and ex-leader of the Party of Regions faction Oleksandr Yefremov was detained," — stated Lutsenko.

As the press officer of the Prosecutor General Larysa Sahan informed, Yefremov was detained in Boryspil International Airport of Kyiv when attempting to board on a flight to Vienna, Austria. She added that Yefremov’s son currently resides in Vienna.

Previously Oleksandr Yefremov was detained in February 2015. A bail of ₴3.7 million was set. A number of criminal investigations have been launched against the former MP.

In March 2016 the acting Prosecutor General closed the criminal investigation against Yefremov on igniting international hatred and the court ruled on returning one of the bails amounting to ₴60,900.

There are two other criminal investigations against Yefremov: on embezzlement of state funds, launched by the Anti-Corruption Action Center, registry No. 42014000000000628, illegal influence of the management of Luhanskvuhillya State Enterprise which caused grave consequences to the state budget, and voting for the ‘dictatorship laws’ on January 16, 2014 (‘Black Thursday’) registry No. 42015000000001495, crimes on misuse of power (Article 364 of the Penal Code) and fraud, forgery of the official documents (Article 366 of the Penal Code). In the ‘dictator laws’ episode Yefremov was first issued a suspicion and then indicted.

On August 10 Solomyanka District Court will hear the case against Yefremov, Oleksandr Stoyan (another ex-MP from the Party of Regions) and Serhiy Hordienko (ex-MP, Communist Party) who are accused of conspiring to adopt the ‘dictatorship laws’ on January 16, 2014.

In May 2016 Yefremov stated that his international passport was returned and his GPS tracking bracelet was removed by the authorities.