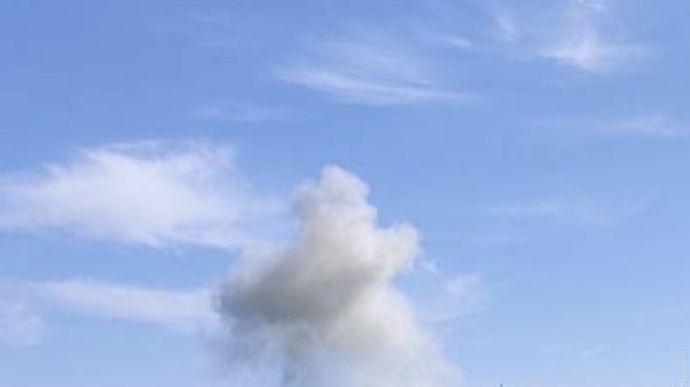 Quote: "At 16:20, 3 missiles were launched at Odesa from aircraft above the Black Sea. One was shot down by air defence, the other two hit a residential area, destroying recreational areas.

A fire that broke out at the site of impact, [covering] an area of ​​15 square metres, was extinguished by 4 special vehicles and 15 emergency workers. Debris clearing continues on an area of ​​300 square metres; the investigative-operational group of the National Police is working to document this crime against Ukraine.

Details: There were no casualties as a result of the rocket attack.