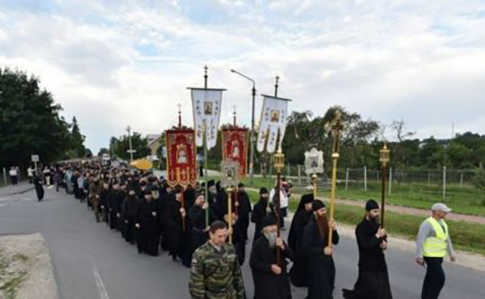 About 50 activists who were not allowed to use tents on the Kyiv—Zhytomyr highway established a camp with sleeping bags and mats. "We were prevented from installing tents. We agreed to use only sleeping bags and mats for our camp. We already have a field kitchen. There are our activists and our brothers-in-arms from Myrotvorets battalion on site, we are planning to meet the cross procession," Kokhanivskyi said.

He added that police did not provide an explanation as to why it was prohibited to camp along the road outside Kyiv city limits. The activists earlier said that they want to stop the cross procession from entering the city. They are expecting the procession to arrive on July 25.