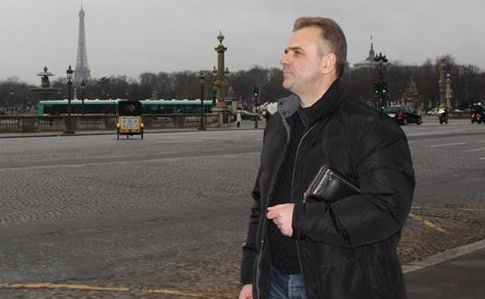 Serhiy Kozachenko, lawyer of the former head of the Chief Investigation Department of the Prosecutor General’s Office Volodymyr Shapakin, dubbed the ‘diamond prosecutor’ for diamonds found during searches, said that his house in a suburban area was burnt down on the night of August 9.

"My suburban house was burnt to ashes at night. They attempted to assassinate me with hand grenades in the yard of this house earlier," said the lawyer. On July 12, shots were fired at the car that his wife was using. "Before the two latest crimes were committed, I have addressed the SBU both in written and spoken form numerous times, asking to provide me with guards for my property."

Kozachenko has already made a filing to the Prosecutor General’s Office of Ukraine regarding the lack of measures to protect his property from the side of SBU, which led to heavy consequences (Article 380 of the Criminal Code of Ukraine).

On August 3, Holosiyivka District Court of Kyiv questioned three witnesses in the case of the ‘diamond prosecutors’, Volodymyr Shapakin and the former Deputy Head of Kyiv Oblast Prosecutor Oleksandr Korniyets, accused of bribery. The next hearing is scheduled for August 15.