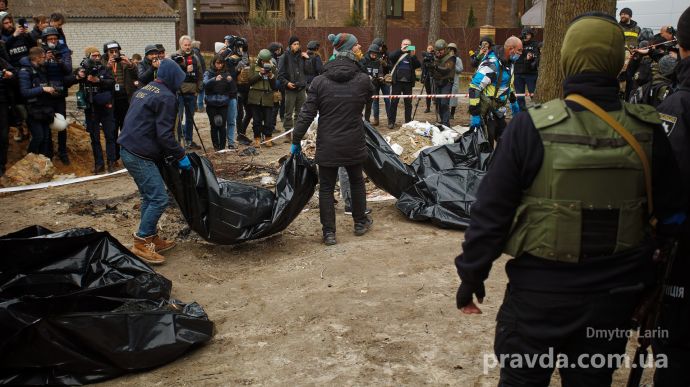 Investigators have yet to identify more than 200 civilians killed by the Russians in the Kyiv region.

Quote: "Ukrainians who were shot and tortured by the Russians are still being found in Kyiv Oblast.

As of today, over 1,300 bodies of civilians have been exhumed. After investigations at the burial site had been completed, the bodies were sent to the morgue, where they underwent forensic examinations.

However, more than two hundred people have yet to be identified."

The Devil Wears a Russian Soldier's Uniform. How they tortured people in the Kyiv region

"We’re basically peacekeepers. But you are all f*cked…" 35 days of the Russian occupation of Obukhovychi village - from tragedy to farce