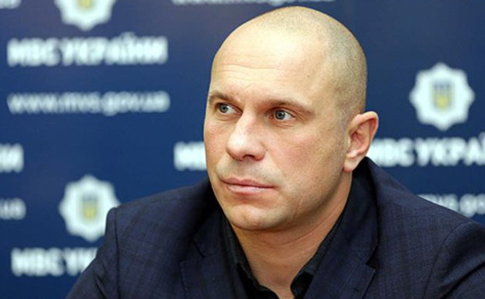 Minister of Internal Affairs of Ukraine Arsen Avakov transferred Illia Kiva, Head of the Drug Crimes Department of the Ukrainian Police, from the National Police to the central office of the Ministry of Internal Affairs. According to Interfax-Ukraine, Minister Avakov made a statement about this in Slovyansk, Donetsk Oblast, last Saturday, May 14, 2016.

"Mr. Kiva will be transferred to work for the Ministry of Interior, he will be responsible for affairs of the veterans of the Anti-terrorist operation" — Avakov told journalists.

"The reason for this is not his lack of expertise, because he is quite proficient. The reason is that he hasn't found his way with Khatia [Dekanoidze]" — said the Minister.

On April 22, 2016 the Head of the National Police Khatia Dekanoidze initiated the dismissal of the Head of the Drug Crimes Department of the Ukrainian Police Illia Kiva due to his inappropriate public statements.

Mr. Kiva publicly admitted taking drugs and stated he believes that marijuana is ‘the lesser evil’. He has still not passed the recertification procedure, which is required for all personnel of the National Police and the Ministry of Internal Affairs after the Revolution of Dignity.

Illya Kiva is known for his humorous statements and eccentric public behaviour. Specifically, in response to whether he is ready to undergo the polygraph test, Kiva asked whether the polygraph is ready to "undergo him."

Read more about Illia Kiva in "Ukrainska Pravda" in the article "Who is Mr. Kiva and how the fight against drug trafficking has become a show".

20 12 4 0
Comments — 0
Please authorize to add comments
Log out Rules of Commenting
Commenters who are offending others will be banned without prior notice. Information on such users might be provided to the law-enforcement agencies upon their request. No advertisements may be included into the text of the comment.