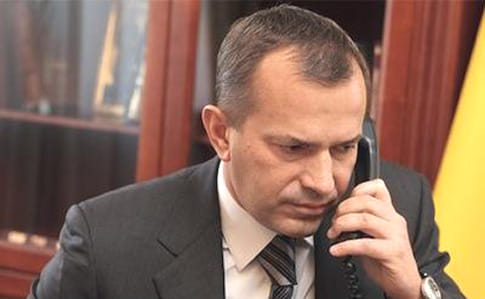 Ukrayinska Pravda’s sources in the Prosecutor General’s Office say that these are the first searches of high-level Yanukovych-era officials, who are responsible for the tragic events during the Euromaidan protests. For instance, it is alleged that Klyuyev and Sivkovych were involved in issuing the order for brutal dispersion of protesting students from Maidan on the night of November 30, 2013.

Larysa Sargan, the spokesperson for Prosecutor General Lutsenko, confirmed the information about the searches to Ukrayinska Pravda and added that further details regarding the investigation are to be released later.

Ukrayinska Pravda’s sources in the Prosecutor General’s Office also say that "Oleh Lyashko can just relax and celebrate his mother’s birthday". Radical Party MP Andriy Lozovyi reported earlier that the home of Oleh Lyashko, the leader of the Radical Party, was visited at 7 am on June 21, his mother’s birthday, by detectives of the General Prosecutor’s Office who were accompanied by special forces officers. They were going to break in but later apologized and explained that they got the wrong address, mistaking it for the house of Klyuyev, which is located close by.