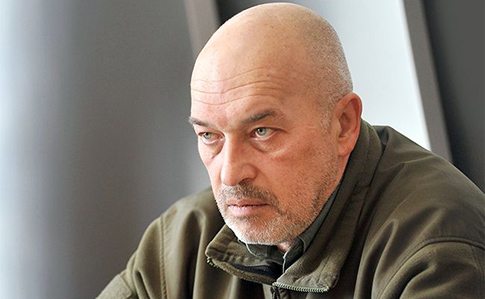 On June 24, the so-called ‘Donetsk People’s Republic’ (DNR) adopted a law on nationalization of all Ukrainian property on its territory, Gazeta.Ru [ed.: the text of this hyperlink is in the Russian language] informs.

The law was adopted very promptly. Property including Donetsk Railways [Ukr.: Донецька залізниця], companies, banks and organizations owned by the state of Ukraine and Ukrainians are targeted. The law determines the procedure of nationalization of enterprises that are ‘strategic’ and ‘defense priorities’ for the DNR.

Moreover, the source in the so-called DNR government told Gazeta.Ru that any company not registered with the DNR may be subject to nationalization. It means that the companies of 49 Ukrainian business leaders – most significantly Rinat Akhmetov – may be nationalized. These oligarchs were initially banned to enter the DNR. Their companies belong to various industries including metallurgy, coal, chemicals, engineering, and food production.

It is worth noting that DNR-controlled websites did not report the adoption of this ‘law’. However, they reported the adoption of a ‘notarial law,’ which Gazeta.Ru reports was adopted just after the ‘nationalization law.’

Ukraine will raise the issue of nationalization at the Minsk talks, as Georgiy Tuka, Head of Luhansk Military Civil Administration, said to ‘112.Ukraine’ on Sunday, June 26.

"It is not the first time the so-called republics tried to nationalize Ukraine’s property or – to be blunt – their leaders try to embezzle it. When it comes to infrastructure assets like railways, water and energy supply systems, etc. – they cannot even maintain these assets, let alone expand and develop them. Therefore, their measures aim at some immediate results. We are not surprised with them, as these ‘republics’ have repeatedly taken assets before and they always came to nothing."

Tuka pledged to take action – first of all, during the Minsk negotiations.

8 20 1 1
Comments — 0
Please authorize to add comments
Log out Rules of Commenting
Commenters who are offending others will be banned without prior notice. Information on such users might be provided to the law-enforcement agencies upon their request. No advertisements may be included into the text of the comment.