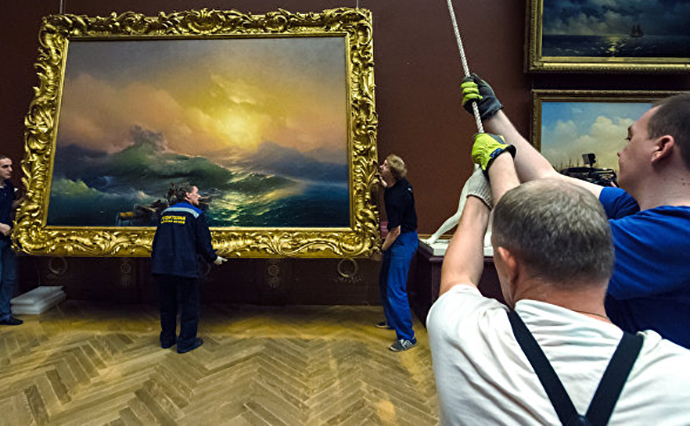 Thirty eight works by famous marine painter Ivan Aivazovsky were taken from Aivazovsky Gallery in Feodosia, Crimea to an exhibition in the Tretyakov Gallery in Moscow, RIA Novosti reports.

It has been announced that the paintings will stay in Moscow till the 200th anniversary of the painter’s birth in 2017, and will later be returned to Feodosia. The ‘Minister of Culture’ of the occupied Crimea Arina Novoselskaya said that the paintings are insured for over $2 million.

The Hague Convention for the Protection of Cultural Property in the Event of Armed Conflict ratified by both Ukraine and Russia prohibits export and use of cultural objects from the occupied territories and obliges to return valuables in case they were already exported.

According to the Ministry of Culture of Ukraine, there were 925,916 objects in the museum funds of the annexed Crimea as of January 1, 2014.