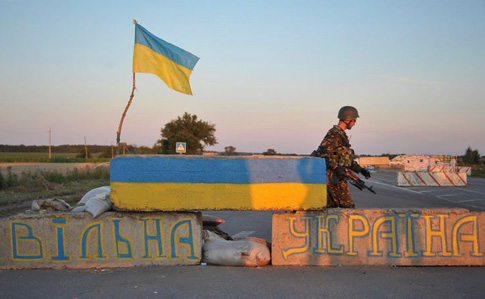 The so-called "people’s republics" of occupied rayons of Donetska and Luhanska Oblasts (ORDO and ORLO), which are backed by the Russian government, are planning large scale provocations throughout entire line of contact in the ATO zone, the Main Intelligence Directorate of the Ministry of Defence of Ukraine (GUR MO) reported on their Facebook page. The aim of these planned provocations is to accuse Ukraine of violating the Minsk agreements.

According to GUR MO, the enemy’s major efforts are concentrated on rotation and enforcement of the main frontline units, replenishing beans, bullets and band-aids and improving their combat fortifications in the following areas:

Slovyansk. New ammunition supplies arrived for the frontline combat units of the 3rd separate motorized rifles brigade (Horlivka) of the 1 Army Corps of the Russian Army, which are currently based in the vicinity of Holmivskyi urban settlement.

Donetsk. A tank company of the 100th separate motorized rifles brigade of the 1st Army Corps was relocated to Oleksandrivka. A supply of the ammunition to the frontline combat units of the 100th smrb was organized in the vicinity of Yasynuvata and Oleksandrivka.

In addition to ammo supplies inside the ATO zone, new supplies of fuel and equipment from the territory of the Russian Federation to the occupied territories were reported by GUR MO:

Ukraine provided this information to the representatives of the Special Monitoring Mission of the OSCE. Ukraine additionally informed the OSCE of the presence of tanks, artillery systems over 100 mm caliber and MRLS Grad systems near Novooleksandrivka, Kalynove and Donetsk.

0 14 15 0
Comments — 0
Please authorize to add comments
Log out Rules of Commenting
Commenters who are offending others will be banned without prior notice. Information on such users might be provided to the law-enforcement agencies upon their request. No advertisements may be included into the text of the comment.