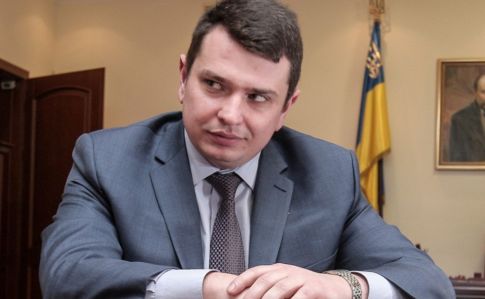 Unlawful action was taken against National Anti-Corruption Bureau (NABU) staff members while they were detained in the Prosecutor General’s Office (GPU) on Friday, NABU Chief Artem Sytnyk claimed at a briefing on Monday, August 15.

"The GPU detained two NABU detectives when they were making covert surveillance," Sytnyk told. "They were detained in the GPU, including in the basement, for 11 hours, where they were subjected to physical and psychological pressure. Then, the Prosecutor General instructed to release them," he specified.

"They were questioned on what kind of information they were trying to gather. Their personal belongings and documents were seized," he added.

One of the GPU employees who was involved in intimidating the NABU detectives allegedly was GPU head of the Department of High Profile Economic Crimes Dmytro Sus.

Sytnyk highlighted that the NABU initiated a criminal proceeding over these developments. The equipment and personal belongings of the detectives have not been returned yet.

The NABU Chief also underlined that there was no war between his Bureau and the GPU. "We differentiate between ‘inter-agency relationships’ and ‘separate incidents.’ I’m not at war with the Prosecutor General or SBU Chief. In fact, we are cooperating a lot. But the actions of several employees can create the impression of war," he explained.