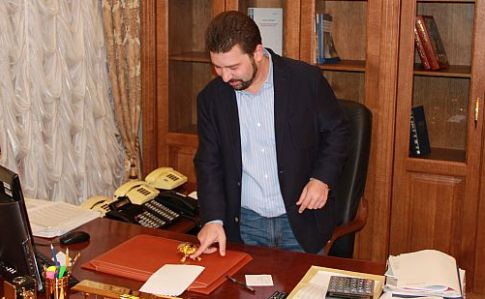 Paul Manafort, Donald Trump’s campaign chairman, could have received the cash listed in the so-called "Yanukovych black accounts" through Party of Regions MPs, according to documents seen by Ukrayinska Pravda.

The famous political consultant allegedly received almost $13 million between 2007 and 2012 for his work for the ousted President Yanukovych’s Party of Regions. His name is listed in the accounts 22 times, although he never personally signed for the payments. It is possible that Manafort received his cash through several MPs, including Yevhen Heller and Vitaliy Kaliuzhnyi.

Manafort worked with Yanukovych and his associates for over 10 years. He was first invited in 2004 by Rinat Akhmetov, a Donetsk oligarch who is one of the main sponsors of the Party of Regions. Manafort led several successful election campaigns for the party and its leader, the last being in October 2014.

On the conditions of anonymity, several MPs from the Opposition Bloc, which may be viewed as the successor of the Party of Regions in the current parliament, told Ukrayinska Pravda that Manafort consulted on their project in 2015, too. According to our sources, last year he traveled to Ukraine six times.

After publications in the American media alleging Manafort’s connection to Yanukovych he has come under intense international scrutiny.

Subjects: Manafort
0 3 0 0
More on this Subject
NABU Publishes Party of Regions ‘Black Cash’ Ledger Entries for Manafort 18 August 2016, 20:25
Comments — 0
Please authorize to add comments
Log out Rules of Commenting
Commenters who are offending others will be banned without prior notice. Information on such users might be provided to the law-enforcement agencies upon their request. No advertisements may be included into the text of the comment.