Muzhenko: Politicians Are Trying to Turn Ilovaisk Tragedy into a Farce 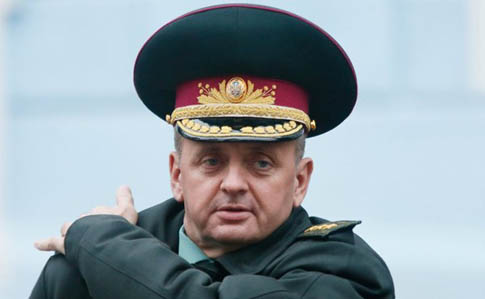 The Head of the General Staff of the Armed Forces of Ukraine Viktor Muzhenko thinks that responsibility for ‘Ilovaisk tragedy’ should be divided between various officials, and actions should be evaluated not by the General Prosecutor’s Office, but by various courts, he wrote on Facebook, reminiscing on the events in Ilovaisk in 2014.

"The main reason for the Ilovaisk tragedy was the invasion of Russian forces. This is also the main reason of our numerous losses. The other reason is lack of coordination, chaos, and probably lack of competence when planning the operation on retreating from encirclement," Muzhenko said.

Muzhenko thinks that Ilovaisk should be evaluated along with all the other actions of the ATO command, taking into account the powers they had and the legislation that was in action at the time. He said: "I am ready to explain my every step. But there are different levels of responsibility of different officials — for the operation in general and for fulfilment of tactical tasks. Responsibility should be separated."

Muzhenko says that it has to be investigated why the commanders of certain volunteer battalions allowed themselves to decide whether they will do an assigned combat mission or not. He also said that various politicians and pseudo-experts are turning the Ilovaisk tragedy into a farce "to avoid responsibility for their incompetent meddling with the planning of tactical operations."

The Ilovaisk tragedy happened in 2014, when Ukrainian forces were encircled on the eve of Independence Day. According to the preliminary investigation results, the losses on the Ukrainian side totaled 366 killed, 429 wounded, 128 captured, and 158 missing in action.