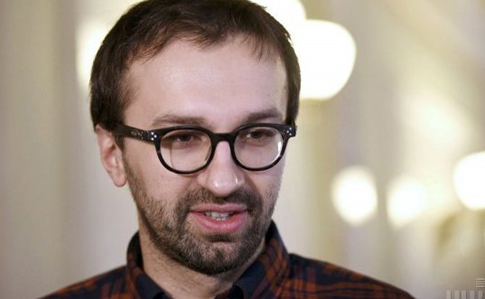 Serhiy Leshchenko, MP from Petro Poroshenko Bloc is ready to provide temporary investigative commission of the Verkhovna Rada with documents proving Yulia Tymoshenko’s involvement in creating offshore companies and financing Ukrainian politicians at the expense of these companies, if such a commission is ever created.

Serhiy stated this in a comment to Ukrayinska Pravda, after there was a scandal during Shuster Live political TV show last Friday, May 13. After being invited to the studio as a guest and participating in the live discussion Mr. Leshchenko was ‘asked to leave the studio because Yuliya Tymoshenko was due to arrive’ and editorial team of the show was afraid ‘Serhiy will start trolling Ms. Tymoshenko’ [ed.: the text of this Facebook post is in the Russian language].

As Mr. Leshchenko noted in his Facebook post [ed.: the text of this Facebook post is in the Russian language], he was notified by the studio personnel that he has to leave because Ms. Tymoshenko requested Mr. Leshchenko was not present in the studio during her speeches at Shuster Live. "This can be explained by the fact that she is afraid I would start telling who Yulia Tymoshenko really is: about her offshores, her kickbacks to Pavlo Lazarenko and her attempts ‘to divide the domain for the period of 20 years’ with the former president Yanukovych".

In particular, in his speech [ed.: this video has soundtrack in the Russian language] at Shuster Live Serhiy Leshchenko noted that the issue of offshores was brought to Ukrainian politics exactly by Ms. Tymoshenko. In 1992 she incorporated a Cyprus company, the money from the accounts of this company were wired to the accounts of Pavlo Lazarenko and he used them for political games".

Mr. Leshchenko notes that after the chase producer of 3s.tv asked him to leave he could not ‘grab his chair’ and not leave the studio because 3s.tv is a private channel, not a public one, and so its owners [ed.: the text of this publication is in the Ukrainian language] are entitled to determine who is present in their studio.

In its turn 3s.tv, owned by Savik Schuster and his business partners, shared Facebook post [ed.: the text of this Facebook post is in the Russian language] of channel’s CEO Pavlo Elizarov, who noted that Mr. Leshchenko was invited to participate ‘only in one section of Schuster Live, the one on appointment of the General Prosecutor of Ukraine’ and so Mr. Leshchenko was asked to vacate the studio because next section of the show was on natural gas and public utility tariffs, in which Mr. Leshchenko is not an expert.

It is not the first instance when Savik Shuster decides not to invite Serhiy Leshchenko when Ms. Tymoshenko asks him for this favor. Last time it happened in 2009 [ed.: the text of this blog post is in the Russian language].