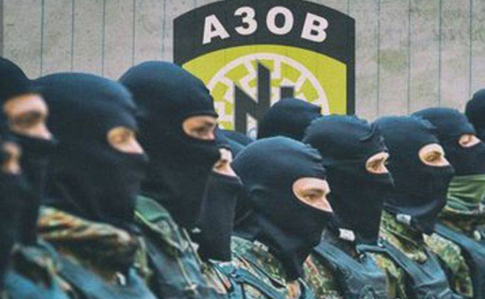 The Security Service of Ukraine (SBU) arrested members of an organized crime group which has been attacking banks and cash transit vehicles for months, the Head of the SBU Vasyl Hrytsak said during the press briefing on July 16. It is now being investigated whether the group is responsible for 10 such attacks.

The group was captured following the attack on a cash transit van in Zaporizhzhia oblast. One of the attackers, a citizen of Latvia, was killed during arrest. Three other members of the group were arrested, one of them is a serviceman of the National Guard of Ukraine.

Former commander of Azov volunteer battalion, MP Andriy Biletskyi assured that the command of Azov, which is currently a National Guard regiment, will assist the detectives during the investigation. "The officers are doing everything in their power to get to the core of this story and find out whether an Azov serviceman was indeed involved," Biletskyi said. "We are not savages, who protect themselves at any cost, our job is to protect our Motherland."

28 17 7 0
Comments — 2
Please authorize to add comments
Log out Rules of Commenting
Commenters who are offending others will be banned without prior notice. Information on such users might be provided to the law-enforcement agencies upon their request. No advertisements may be included into the text of the comment.
IP: 82.145.222.---Qwerew Rewqwe16.07.2016 12:09
Опять повод очернить и запугать патриотов.
ReplyQuote
IP: 94.158.95.---shkrebty16.07.2016 10:36
Почнуть поганити "Азов", бо він виступив як громадська сила.
ReplyQuote
All comments
Breaking News
Russia Threatens Retaliation for Ukraine’s Drill near Crimea. Text of the Diplomatic Cable
NAZK Starts Full-Scale Operation of E-Declaration
Special Communication Service: E-Declaration System Ready for Launch
Avakov Calling SBU to Go At Inter TV Channel
All News