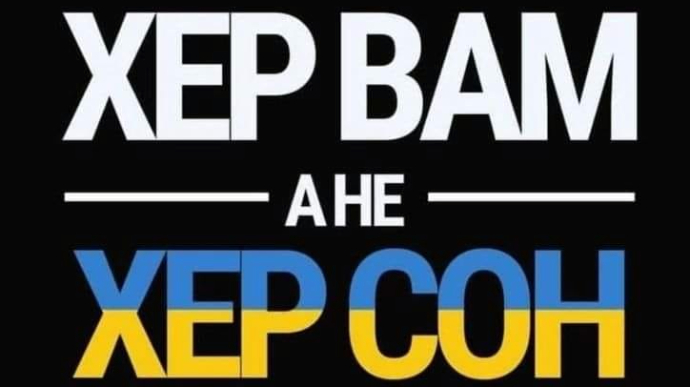 Former waitresses and bouncers appointed by the Russian occupiers as "leaders" in the temporarily occupied Kherson region are already planning to flee to Crimea.

Details: Due to their unprofessionalism, they are leading the region into a humanitarian crisis and they understand it. Therefore, the newly appointed "officials" are already considering a plan for their escape.

This is evidenced by a new communications interception by the Security Service of Ukraine, which recorded a conversation between two collaborators.

It has been noted that the ‘Gauleiters’ have a situation going on in many fields such as medicine, fuel, salaries and pensions that they succinctly describe with the words "a real pain in the a*s".

Quote by collaborators: "People are dying without medicines. Social tensions are starting to grow, they are already slowly starting to hate Russians.

... for the seventh day there has been no humanitarian aid… Now mothers are being given 10 thousand rubles each. They switched, in short, to mothers ... it seems to me that ... they need to collect passport data and that's it. And what are the people there, f**ck it…

If nothing changes, we have to escape in June… that’s it, f**ck it, we’ll go to Crimea, bitch… Karinka and I are going to Crimea for the whole summer. She will be a waitress somewhere,  I will be a bartender, a waiter, or a bouncer, as I used to be ... "