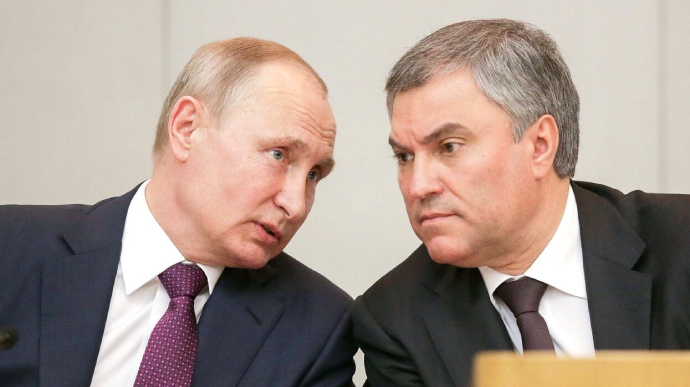 Russia has invented a "new G8" allegedly due to the "breakup of economic relationships" with the United States.

Source: Vyacheslav Volodin, head of the State Duma, on Telegram

Quote from Volodin: "The economies of the United States, Japan, Germany, Britain, France, Italy, and Canada continue to collapse under the pressure of sanctions against Russia.

The breakup of existing economic relations by Washington and its allies has led to the formation of new points of growth in the world.

The group of eight countries that do not take part in the sanctions wars - China, India, Russia, Indonesia, Brazil, Mexico, Iran, Turkey - is 24.4 per cent ahead of the old group in terms of GDP per capita."

Details: According to Volodin, these countries "want to develop dialogue and mutually beneficial relations with Russia".

Background: Back in 2014, Russia was expelled from the G8.

In a joint statement after the start of the full-scale invasion, the leaders of the Group of Seven called for the suspension of Russia's membership in the UN Human Rights Council. Russia was later expelled.

All News
RECENT NEWS
21:58
Russians strike the Rivne Oblast: 3 dead, 4 injured
21:04
"Beautiful and necessary": the special forces show how to destroy a Russian column
19:38
Occupied Sievierodonetsk is 90% destroyed - the Head of Luhansk Oblast Military Administration
19:27
Russian occupiers are not paid "huge bonuses" they were promised - General Staff report
18:56
Blockade of Kaliningrad: Lukashenko says Lithuania has declared war on Russia
18:42
Putin says he will soon give Belarus Iskanders that can carry "nuclear" missiles
18:22
Sievierodonetsk is under occupation, Russians appointed their "commandant" - Head of Sievierodonetsk Military Administration
17:49
Russian occupiers "help" themselves by getting minor injuries in order to leave Kherson Oblast – Operational Command "South"
17:04
The Russians again shelled a nuclear facility in Kharkiv
16:51
Six out of 80 occupiers left in one unit in Kharkiv region - interception by Ukrainian intelligence
All News