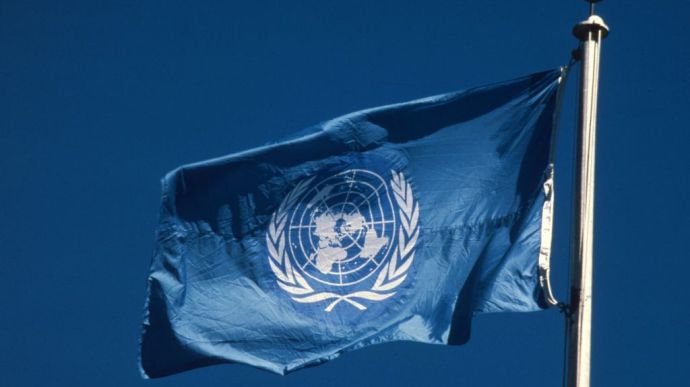 The UN Human Rights Monitoring Mission in Ukraine (HRMMU) has said that it was "appalled" by the videos showing the castration and shooting of a Ukrainian prisoner of war by a Russian Armed Forces officer. The HRMMU has called on "all parties" to refrain from torturing and killing captured combatants.

Source: The UN Human Rights Monitoring Mission on Facebook; Office of the Prosecutor General of Ukraine on Telegram

Quote from the HRMMU: "HRMMU is appalled by the latest videos, apparently showing the beating, castration and shooting of a captured soldier from the Ukrainian Armed Forces by a man, who appears to be a member of the Russian armed forces or affiliated armed groups.

In one of the videos, the tortured soldier appeared to be shot in the head and his body dragged into a ditch. If confirmed, these actions would constitute war crimes."

Details: The UN monitoring mission has noted that this was "only the latest in a series of videos that have documented torture and extrajudicial killings of prisoners of war and persons hors de combat, committed by belligerent parties."

The missions concludes that "All parties must refrain from torture, killings and threats of giving no quarter to captured combatants. They must promptly and effectively investigate all allegations of torture and unlawful killings. Those who perpetrate war crimes must be prosecuted and tried by a competent court."

Andrii Kostin, Prosecutor General of Ukraine, has taken charge of the investigations of the torture and killing of the Ukrainian soldier.

Quote from Kostin: "Extremely violent killings are now the Russian army’s trademark. Torture and harassment of civilians and prisoners of war is one of the most common war crimes committed by the Russian soldiers on our land. One of the top priorities of the Office of the Prosecutor General is to investigate these types of crimes.

But the violence of the latest case, which has been widely shared on social media, is beyond imagination. [The video] shows the inhumane treatment of a soldier wearing the uniform of the Ukrainian Armed Forces by the occupiers. Even prosecutors and investigators experienced in investigating violent killings and torture have been shaken by it."

Details: Kostin added that the prosecutors from war crimes units have begun the pre-trial investigation into the case. The investigation will also be carried out by the Main Investigative Department of the Security Service of Ukraine.

Ukrainian Ministry of Defence distances itself from explosions at Crimea airfield

All News
RECENT NEWS
20:09
Ministry of Defence of Georgia denied the data transfer about Georgians fighting in Ukraine
20:03
The Russian Federation explained the explosions at the airfield in Crimea as a "fire safety violation"
18:57
Cache of Russians with weapons and clothes was found near the border with Belarus
18:55
Ukrainian Ministry of Defence distances itself from explosions at Crimea airfield
18:52
Russian Defence Ministry comments on the explosions in Crimea: No deliberate strike
18:23
Russia to connect Zaporizhzhia NPP to Russian-controlled power grid in Crimea
18:10
Explosions in Crimea: Russian authorities claim 1 person killed, 5 injured
17:53
Ministry of Defence of Georgia may have transferred data on Georgian volunteers in Ukraine to Russian Federation
17:36
Families of Russian military personnel have begun to be deported from Kherson – Oblast State Administration
17:25
Too early to talk about the cause of explosions in Novofedorivka – Aksyonov
All News