In late 2013, Ukrainians gathered on the Maidan to demand their government make good on its promises of Euro-Atlantic integration.

Their dignified revolution, founded on the premise that Ukraine’s Western trajectory was a vital national interest, struck a powerful blow against entrenched interests who opposed that idea. Their dream remains as alive today as it was seven years ago.

Americans are particularly sympathetic to the spirit of that dream. Like Ukraine, the United States only achieved independence after a long struggle of our own.

Our nation was founded through the courage of people who stood for the same principles upon which today’s Euro-Atlantic institutions are based: democracy, respect for the rule of law and the inalienable rights of all citizens.

But as we approach the anniversary of the Maidan, Ukraine stands at another important crossroads as it faces a pair of challenges that are as daunting as they are complex. Full Euro-Atlantic integration can’t be achieved until both of them are overcome.

Externally, Ukraine is fighting against Russian aggression on multiple fronts, including Russia’s occupation and attempted annexation of Crimea, the Russia-led conflict in the Donbas, and cyberattacks and disinformation spread both from Russian territory and through Russian-directed Ukrainian proxies — some of whom sit in the Rada today.

But Ukraine’s challenges are not all external. Internally, the fight against corruption and vested interests is equally important, and is vital to resisting false information spread to weaken Ukraine and diminish its Euro-Atlantic prospects.

President Zelenskyy came into office with a mandate from the Ukrainian people to fight corruption and make the Ukrainian government work better for average Ukrainians. He has made some progress — including lifting legal immunity for Rada members, banking reforms, and land reform.

But, as we know, when reform and rule of law threaten the power, privilege, and money flowing to vested interests, those vested interests fight back. That’s what we’re seeing now in Ukraine.

Oligarchs are further co-opting Rada members, judges, and others to undermine the President’s agenda and ensure that the system remains rigged in their favor.

We are seeing some vested interests joining with Russia and Russian proxies to spread anti-Western narratives, particularly through their media holdings and social media.

One narrative that has been propagated by these voices the past year is the suggestion that Western partners are trying to "externally manage" Ukraine’s internal affairs.

This narrative is particularly dishonest, because it turns reality on its head.

Assistance and support by Western partners is provided at Ukraine’s request, in support of the stated goals of the Ukrainian government and the Ukrainian people. It’s fully transparent, posted on our websites and social media for all to see, and available for public review and comment.

Conversely, I would argue that certain vested interests are the ones attempting to "externally manage" Ukraine. Their primary goal is their own personal enrichment, achieved by any means possible — bribery, coercion, and even joining with outside forces that wish to see Ukraine’s Euro-Atlantic integration fail.

The path to defeating these forces lies with strengthening the institutions that hold vested interests to account for their attempts to subvert the will of the Ukrainian people.

Under the Zelenskyy administration, the Prosecutor General’s office has undertaken reforms to ensure that prosecutors serve the Ukrainian people rather than vested interests.

This office led a process of "re-attestation," or recertification, of prosecutors that led to the dismissal of many who lacked professionalism, integrity or both. With the involvement of independent experts, the reform has now been replicated throughout the prosecution system.

Further, President Zelenskyy has recently committed to broad judicial reform, which would make an enormously positive impact on rule of law, bring Ukraine in line with European norms, and create an environment more attractive to foreign investment.

Fighting two wars simultaneously — against Russian aggression and against the vested interests that want to keep Ukrainian wealth for themselves — is extraordinarily difficult.

But the United States is committed to continuing our work with President Zelenskyy, the Rada, independent institutions, and civil society to achieve Ukraine’s own Constitutionally enshrined goal of full Euro-Atlantic integration. 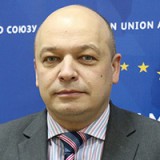 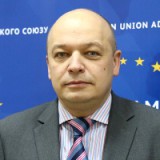 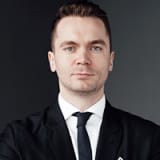 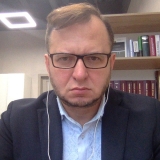 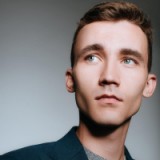