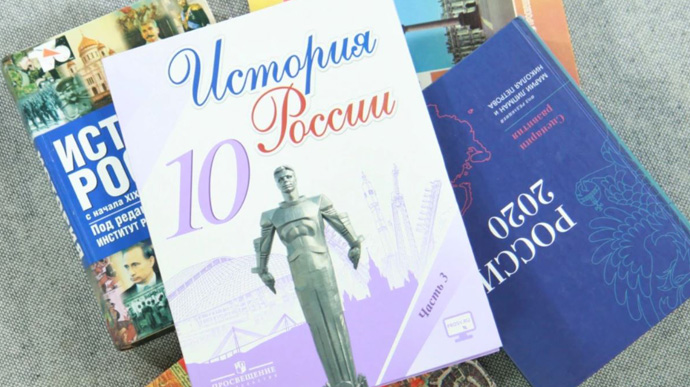 Employees of Prosveshchieniye [Enlightenment], one of the oldest Russian publishers of educational literature, are being forced to remove all mentions of Ukraine and Kyiv from textbooks.

Source: Employees of the publishers, talking to Mediazona

Details: According to two employees of Prosveshcheniye, speaking on condition of anonymity, they are being forced to rewrite history textbooks for Russian schoolchildren or lose their jobs.

It is noted that the policy of "purging" Ukraine and Kyiv from Russian textbooks was set as early as 2014 - since then, authors and editors have had to mention Ukraine as rarely as possible and in the most neutral tone.

On the first day of the war [in 2022], Prosveshcheniye’s employees received verbal instructions to remove mentions of Ukraine wherever possible. This is particularly challenging for those in charge of history textbooks.

Quote: "We have a task - to make it seem as if Ukraine simply does not exist. It is much worse when there is nothing about a particular country in the textbook. People grow up without a knowledge base about a country, and then it is much easier to believe what they are told on TV."

The publishers used to check each textbook for relevance every five years, but since 2014, checks have become far more frequent.

Invaders’ base destroyed in Nova Kakhovka

Reznikov reveals who is to be mobilised first

Railroad was blown up in Kursk Oblast in Russia

All News
RECENT NEWS
17:45
Latvia raised 300,000 euros to buy Bayraktar for Ukraine on the first day
17:42
Invaders set up checkpoint at approach to Kerch bridge after the explosions in Crimea
16:54
The Smolensk region of Russia decided to "practice" serving summons to enlistment
16:44
Ukrainian Navy gunners once again "demilitarise" a group of invaders
16:38
Three G7 leaders confirmed their participation in Crimea Platform
16:25
Crisis HQ created at Energoatom due to threat to Zaporizhzhia Nuclear Plant
16:06
Russian media report appointment of new Russian Black Sea Fleet commander
15:55
Hero of Ukraine describes how 6 Kalibr cruise missiles were shot down in 3 minutes
15:42
"Lifetime pension and health resort": media found out what Russian Federation promises to fighters of "volunteer battalions" in Ukraine
15:09
Ukrainian MFA urges Deutsche Welle to pay attention to the manipulations of their Russian office
All News