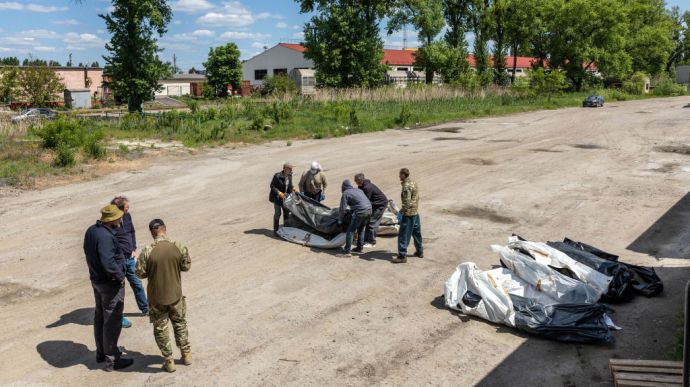 On 2 June, Ukraine and the aggressor country, Russia, held an exchange of the bodies of soldiers who have fallen in battle; 160 soldiers were exchanged on each side.

Source: Ministry for the Reintegration of the Temporarily Occupied Territories of Ukraine

Quote: "On 2 June, an exchange of bodies of dead soldiers took place between Ukraine and Russia on the Zaporizhzhia front.

An agreement has been reached in which 160 soldiers from one country would be exchanged for 160 soldiers from the other during the negotiations with the participation of the [Ukrainian - ed.] Commissioner for Persons Missing under Special Circumstances [Oleh Kotenko, who was appointed on 20 May, when the Commissioner position was created during a Cabinet of Ministers of Ukraine meeting - ed.]."