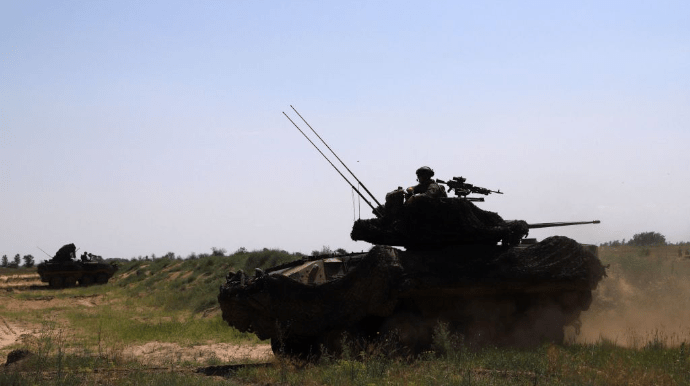 Details: The ammunition points were located in the Beryslav and Kherson districts.

In addition, the Armed Forces of Ukraine carried out four airstrikes on a concentration of Russian troops, two of their strong points and an ammunition point, all located in the Beryslav and Kherson districts.

Additionally, 79 Russian servicemen have been killed and the following weapons and equipment have been destroyed: 4 T-72 tanks, 2 Msta-S self-propelled howitzers, an artillery system, a radar station, a command vehicle, 10 armoured vehicles and 11 other vehicles.

The Armed Forces of Ukraine also struck two Russian command posts – of the 76th Guards Air Assault Division and the 49th [Combined Arms] Army – in the village of Chornobaivka, the command and observation post of a Russian Battalion Tactical Group in the village of Brusynske, and a concentration of Russian weapons and equipment in the town of Oleshky.

The exact losses of the Russian forces are being established.