Police and independent observers have noted violations during today’s by-elections to the Rada.

The Committee of Voters of Ukraine [ed.: Komitet Vybortsiv Ukrayiny or KVU is one of Ukraine’s oldest independent NGOs, created in 1994] informed that their observers recorded numerous violations in electoral district No. 151 in Poltava Oblast, in particular in Hadyach Rayon.

The KVU informs that in most of the voting stations of Hadyach Rayon the posters of Oleksandr Myhal (self-nominated candidate) and Ruslan Bohdan (Batkivshchyna) were not removed on election day, as is required by the law. Almost all voting stations have storage issues — voting bulletins are stored in bags under the tables of local electoral commission members. This can easily result in manipulations and distorted results. Legislation requires bulletins to be stored in a safe inside the building of the local electoral commission.

The KVU already provided law enforcement agencies with video materials confirming a voter bribing scheme organized by the electoral staff of one of the candidates in district No. 151.

OPORA Civil Network discovered a group of unidentified individuals who voted without passport at voting station No. 530455, village of Uskivtsi, Lokhvytsya Rayon [in Ukraine, a national passport is used to verify the identity of a voter and her or his place of voter registration which allows establishing whether the voter can vote in a certain district].

Attempts to issue voting bulletins without checking voters’ passports were discovered in voting stations No. 530706 (village of Malyutyntsi, Pyryatyn Rayon) and No. 530466 (village of Sencha, Lokhvytsya Rayon). After observers voiced their protests to members of the local voting committee, the violations were stopped.

The head of the district committee No. 151 Inna Demchuk, wife of Vyacheslav Demchuk, who is the head of the electoral staff of Ruslan Bohdan, who is a candidate from Batkivshchyna in this district, stated to OPORA that "[the passport story] is a provocation. Bulletins must be handed out only after the voter presents her passport".

The National Police reports election violations in Volyn, in particular, in Lubeshiv and Kivertsi Rayons. In Pohulyanka, Lubeshiv Rayon, there was another instance of voting without passport. In Klepachiv, Kivertsi Rayon, the election observer was breaking the order.

OPORA also informs of violations in district 183 (Kherson Oblast) of mass transportation of unidentified voters [Ed: a.k.a. ‘Carousel voting’ in the lingo of Ukrainian elections monitoring] being noted by observers, in particular, near the villages of Heolohiv, Sukharne, Zhytloselyshchne and Komyshany.

In the village of Heolohiv the driver of a bus owned by Auto-Life private transportation firm explained that he does not know who ordered the bus he is driving. The voters, who were commuting in this bus, said they were going to the voting station at Filatov Street and that they had no other means of getting to their voting station.

In district No. 85 (Ivano-Frankivsk Oblast), there were violations in Kalush and Rohatyn Rayons. In particular, the posters of certain candidates were not removed from buildings, objects of infrastructure and trees. 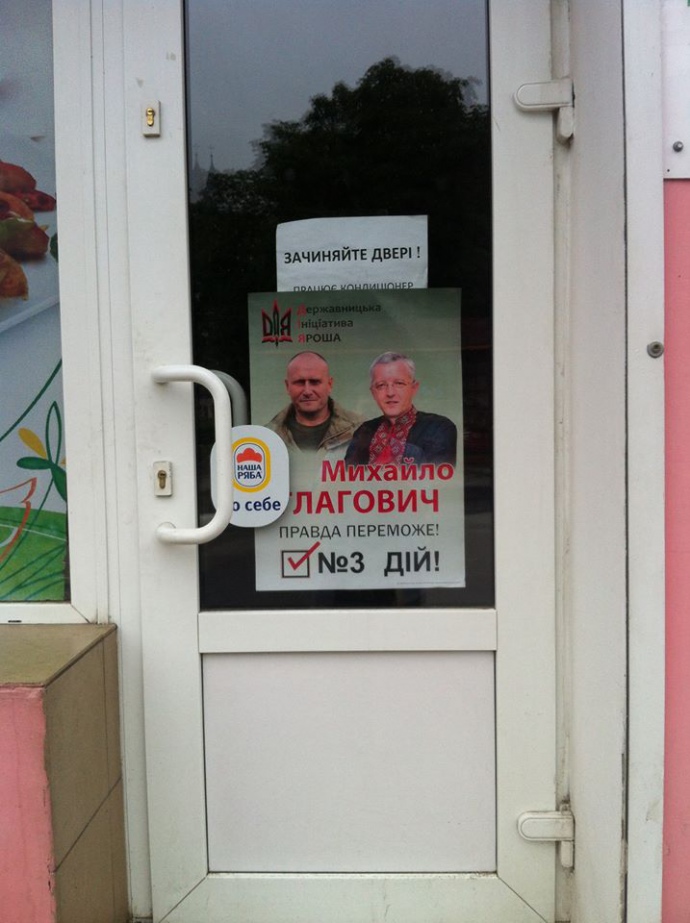 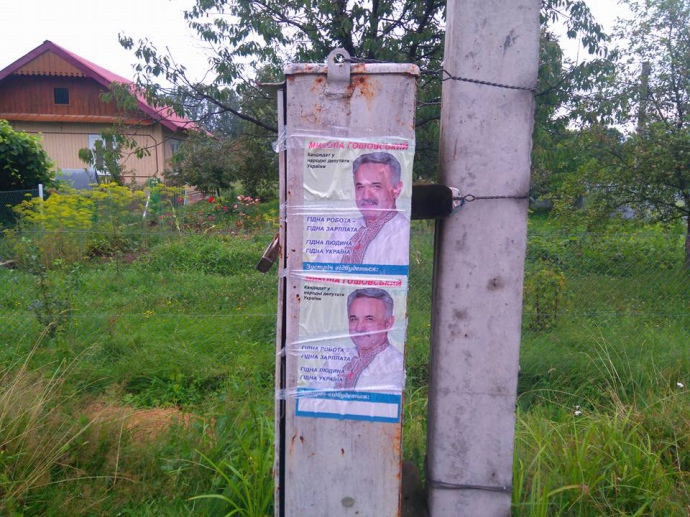 OPORA reports that in voting stations No. 740683 (village of Hrybova Rudnya, Ripky Rayon) and No. 740682 (Oleskandrivka, Ripky Rayon) unidentified persons, who present themselves as aides to MPs, are trying to interfere with the voting process.

1 3 0 1
Comments — 0
Please authorize to add comments
Log out Rules of Commenting
Commenters who are offending others will be banned without prior notice. Information on such users might be provided to the law-enforcement agencies upon their request. No advertisements may be included into the text of the comment.
Breaking News
Russia Threatens Retaliation for Ukraine’s Drill near Crimea. Text of the Diplomatic Cable
NAZK Starts Full-Scale Operation of E-Declaration
Special Communication Service: E-Declaration System Ready for Launch
Avakov Calling SBU to Go At Inter TV Channel
All News