Chubarov: One of the ‘Saboteurs’ Was Arrested by the FSB Three Weeks Ago 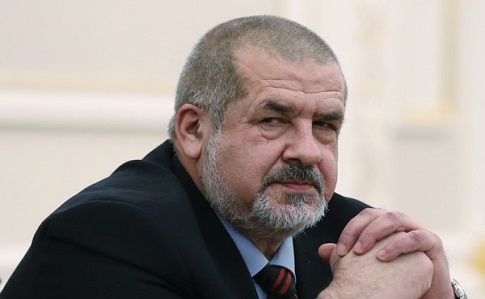 Ridvan Suleimanov, one of the ‘saboteurs’ whom Russia accuses of planning explosions in Crimea, was arrested by the FSB about three weeks ago, Head of the Mejlis of the Crimean Tatar People Refat Chubarov (Refat Çubarov) informed on Facebook.

According to Chubarov, Suleimanov was living in one of the villages of Simferopol district in Crimea: "He may have been registered in Zaporizhzhia, but he permanently resided in Crimea."

"All his loved ones live in Crimea, but they are hiding the fact of his arrest… This is becoming normal for some people who live in Crimea, they are threatened that if they speak to their neighbors about their problem, they won’t see their arrested loved ones alive again," Chubarov says.

On August 12, Russia 24 TV channel aired a video with Ridvan Suleimanov, who claims that he was "recruited as Ukrainian Defense Intelligence agent in 2015 and received call sign ‘Yuzef’."

0 20 3 0
Comments — 0
Please authorize to add comments
Log out Rules of Commenting
Commenters who are offending others will be banned without prior notice. Information on such users might be provided to the law-enforcement agencies upon their request. No advertisements may be included into the text of the comment.