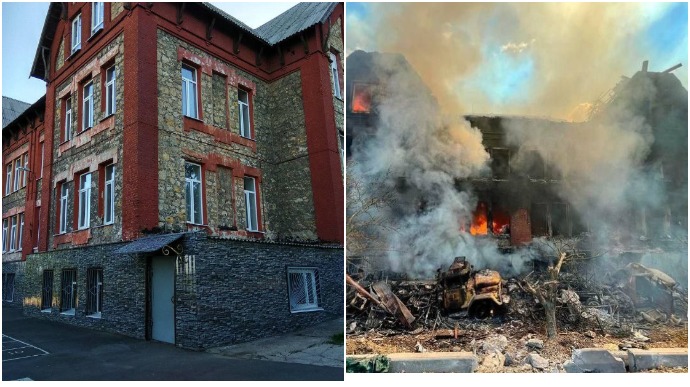 After shelling by Russian troops, one of the best educational institutions in the Luhansk region, Lysychansk Gymnasium [High School], has burned down.

Details: On 1 May, a fire broke out in the school as a result of targeted shelling. Within hours, the fire had completely destroyed the more than a century-old listed building.

Built in the late 19th century, the school was one of a number of buildings of Belgian architectural heritage in Lysychansk.

It was one of the top 100 best schools in the country. The school survived two world wars and the battle for the city in 2014.

Haidai said the school had been repeatedly included in the ranking of the best educational institutions in Ukraine.

Ukraine to Russia: do not offer us a ceasefire

Russian Media: 89 fighters from “Azovstal” are taken to Taganrog

Zelenskyy has assured residents of occupied cities: Ukraine will return