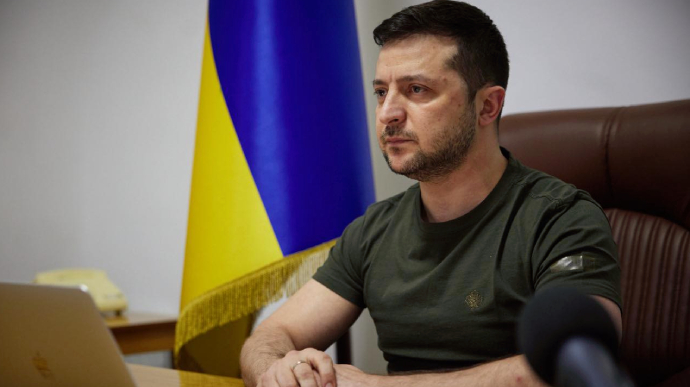 Ukrainian President Volodymyr Zelenskyy has said that Ukraine’s victory in the war with Russia must be faster than the victory over the Nazis.

Quote from Zelenskyy: "Today, 22 June, is a day of mourning and remembrance for the victims of the war: a war that will forever remain in the history of the twentieth century and should never be repeated, but is being repeated.

There is no shortage of words today about what Russia did on 24 February – the same thing the Nazis did on 22 June [1941, the date of the German invasion of the USSR – ed.]. Much has been said about that.

I would like to add only one thing: at that time 1,418 days passed between the morning of the invasion and the defeat of the aggressor. We, on the other hand, must liberate our land and come to victory, but sooner, much quicker. This is our national goal. And we must work towards it every day – not only the State, but each and every citizen, as hard as we can."

Zelenskyy orders the cancellation of permits allowing movement for conscripts

All News
RECENT NEWS
18:09
Russians take medicine and equipment from hospitals in the occupied territories - Liashko
17:08
What Three Seas Initiative Means for Ukraine
17:07
Ukraine Cooperates Closer with NATO on Cyber Defense
15:37
Armed Forces of Ukraine refute Russian fake news about the destruction of HIMARS rocket systems
15:00
Mass media reports explosion near railway station in Kherson
14:07
Zelenskyy orders the cancellation of permits allowing movement for conscripts
13:42
The Security Service of Ukraine suspects the owner of Ukraine's oldest stud farm of collaboration
13:29
An employee of a defence plant in Kyiv campaigned for the "Russian world", another spy will appear in court
13:19
Russian forces strike Toretsk with missiles: people trapped under rubble
12:37
Occupiers state that they have destroyed two HIMARS MLRS. Ukrainian military denies this
All News