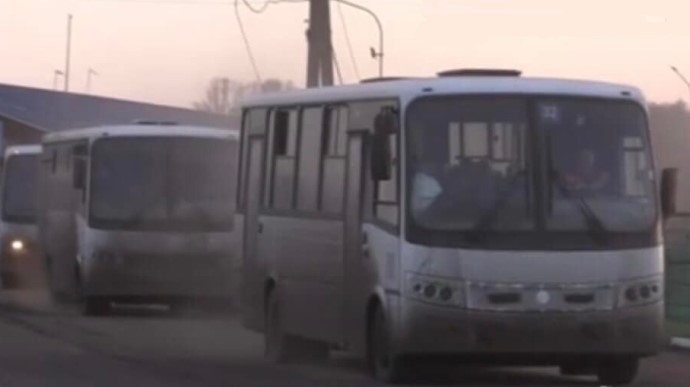 Russian occupation forces are taking residents of the captured town of Popasna, Luhansk Oblast, at gunpoint to Pervomaisk and Stakhanov which are not controlled by Ukraine.

Khanatov's direct speech: "As of 8 May (when the Russian invaders entered the city - ed.), 1,500 people remained in Popasna. Everyone who wanted to leave Popasna in good time had the opportunity to do so.

Now the occupier is coming to the shelter, pointing the muzzle of his machine gun and taking  our Popasnyans to Pervomaisk and Stakhanov which have been occupied for 8 years."

Recall: Forced deportation is a common practice of Russians in the occupied territories. They take people not only to certain areas of Donetsk and Luhansk Oblasts, but also to Russia, including the farthest corners of the country.

For example, the Russians delivered 308 deported residents of Mariupol, 90 of them children, to Vladivostok. This is more than 9,500 kilometers away.