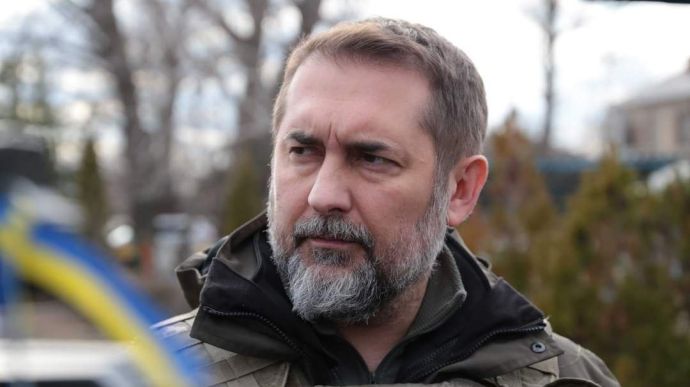 Head of Luhansk Oblast, Serhii Haidai said that Russian troops had almost seized Rubizhne town, but they also had been suffering increasing losses in Bilohorivka, which led to an entire Russian battalion refusing to go on the offensive.

Quote: "Unfortunately, they control almost all of Rubizhne. However, they have been failing to pass the neighbourhoods defended by our National Guards for three months."

"The situation in Rubizhne is complicated: there is no water, no gas supply. The only thing the orcs (Russian military - ed.) are proud of is that they ‘opened’ our hospital, which was closed."

Details:  Serhii Haidai said that fierce battles have been going on near the Donetsk Oblast border. The Russians are trying to block the route from Popasna and Bilohorivka.

Quote: "Bilohorivka is becoming a story, a legend. In some areas, it probably casts Chornobaivka in the shade."

"It is so sick and stupid, I don't know how to describe it. They are going head-on, building pontoons at the very same place where almost 90 units of heavy military equipment have already been smashed, where a pile of orcs has been burnt, where a barge has been sunk, - they used to have some sort of gondola, we call it ‘Moskva suburbs’, because it does not match ‘Moskva’ - a helicopter has been shot down. It's just awful there - and they're still trying to do it."

"Judging by intercepted communications, we understand that the whole battalion has simply refused to go on the offensive because they see what is happening."

"Now our guys are starting to operate the artillery targeting the other bank (Siverskyi Donets River - ed.), where they have tried to gain a foothold."

"And on the outskirts of Sievierodonetsk, they say that they seized Voevodivka. Well, they ‘seized’ it the way they can’t enter it - for they are ‘suddenly’ dying there. They are also trying to breakthrough in the direction of Hirske town, coming from Nyzhnie village."