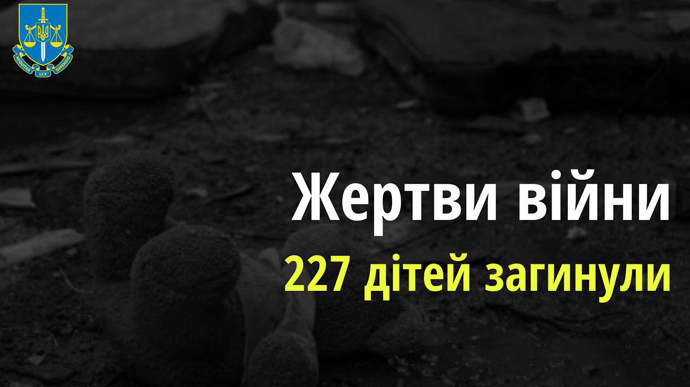 On 12 May, a 12-year-old boy died in hospital after being seriously injured on 1 May during the shelling of the town of Popasna in the Luhansk region. Thus, the number of Ukrainian children killed by the occupiers has increased to 227.

Source: Office of the Prosecutor General on Telegram

Details: The Prosecutor General's Office emphasised that these figures are not final, as work is underway to establish numbers in places of where there are active hostilities, in the temporarily occupied and liberated territories.

Bombing and shelling of Ukrainian towns and villages by the Russian armed forces has damaged 1,748 educational institutions, 144 of which have been completely destroyed.