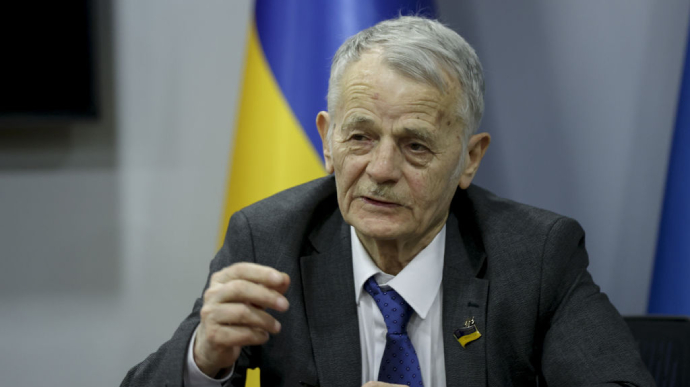 The leader of the Crimean Tatar people and people's deputy Mustafa Dzhemiliev said that it has been possible to help Ukrainian activists who are being forcibly removed to occupied Crimea return to Ukraine thanks to the corruption of Russian security forces.

Source: Dzhemiliev in a live broadcast of an all-Ukrainian 24/7 national joint newscast

Quote from Dzhemiliev: "Now the question is how to get these activists out. Well, thank God, traditional Russian corruption has saved us a little there: we managed to ‘buy back’ some of our fellow citizens.

It starts from 250 dollars and higher. Depending on who you negotiate with. This is not possible with everybody. First, you have to negotiate, you need to know who is in office there. It's not an easy operation.

For example, I managed to ‘buy back’ seven people."

Details: The people's deputy explained that Russian invaders are abducting Ukrainian activists from the seized territories of Kherson and Zaporizhzhia Oblasts and are taking them to occupied Crimea.

They are usually detained for some time and then sent deep into Russia. Although, according to Dzhemiliev, several cases of abducted Ukrainians disappearing without a trace have already been reported.

The people's deputy explained that the Russian special services handed over the lists of Ukrainian nationals to be removed to military commanders. In addition to Ukrainian activists, these lists include Crimean Tatars who left Crimea after 2014.

The Russian invaders are also trying to simulate support for Russia's war against Ukraine on the part of Crimean Tatars living on the peninsula.

Invaders hit centre of Kramatorsk. There are victims – the mayor

Western weapons successfully deployed on the frontlines at last – Zelenskyy