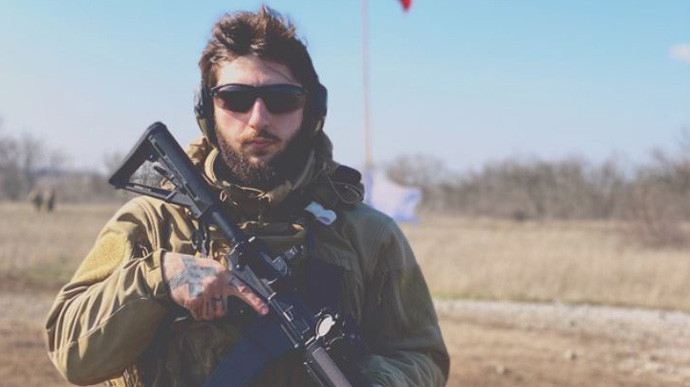 Defender of Ukraine from the Azov Regiment, Davyd Khimik, called on citizens to continue informational work. He has said that Ukrainian fighters are full of courage and are holding the line, but they dream of seeing relatives, starting their own families and eating normally.

Quote: "While there was no mobile service, I played over all my life in my head, reminiscing about my childhood, places where I have been, different situations that stuck in my memory. Everything emerged before my eyes like in a movie."

"I often hear guys saying that when they leave, they will get married and have children. Probably, these are the main plans of all those who have not yet had time to do this."

"Guys who already have wives and children cry and smile simultaneously when they get a chance to see a video with their children."

"It is interesting to watch, these are feelings that are impossible to convey - you feel the flow of life. I've always been a person sitting in the corner and watching everyone from the sidelines."

"We are still full of courage and hold the line, we hold theline of defence for the whole country."

"The enemy is trying to seize Azovstal every day, -  bombing with aircraft, artillery (with everything they’ve got), but even in the most terrible conditions we fight back and they, like cowardly dogs, flee from their positions."

"We do not intend to be martyrs,  we are fighting for our lives as well, and we are waiting for support."

Details: Davyd Khimik also thanked Ukrainians who are trying to help the defenders with information: "Keep on doing what you do. Support us with information. Shout to everyone about us. You are great."

Quote: "I want my friends to see their children again and smell the scent of  their wives."

"And I just want the usual - a sandwich with a big piece of boiled sausage and ryazhenka with dried apricots by ‘Prostokvashino.’ Everything will be fine, we will definitely get back."

Read more: Face of "Azov. Steel". Stories about the defenders of Mariupol