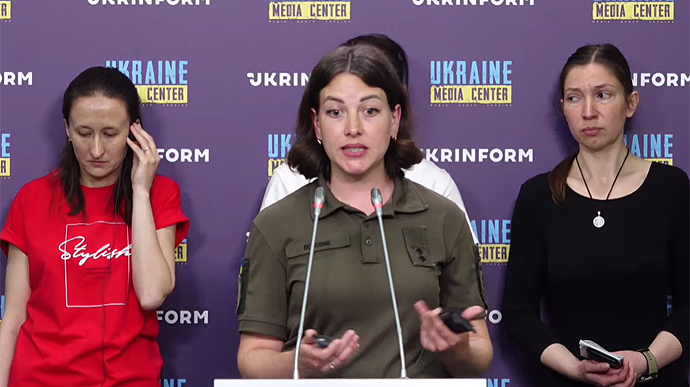 Relatives of Azovstal defenders called on China to help with the extraction of Ukrainian troops from Mariupol.

Source: relatives of the fighters at a press conference on May 14

The general statement of the relatives of the defenders of Mariupol: "We ask China to intervene and become a peacemaker in this war, to become a lifeline for our fighters from Mariupol, from Azovstal." Time goes by days, minutes, seconds. Our warriors have already been to hell, give them a chance to see the sun."

Details: Relatives of the defenders said "China knows the history of suffering, the price of independence and what the struggle of two worldviews is like", and expressed hope that "China will not stand on the sidelines and will not remain silent."

Relatives are asking China to carry out the extraction and take the defenders of Mariupol, the wounded soldiers and the bodies of dead soldiers to a third country, where they will stay until the end of the war. According to her words, such a country could be Turkey, whose president has agreed to extraction to his country.

Relatives said that they have already addressed the leaders of all countries, and China is probably the only country to which they have not yet appealed.

"We ask dear Xi Jinping to do everything to save world values, to save the defenders of Mariupol," the relatives of Azovstal defenders said, summing up.

Details: According to them, the leaders of Ukraine have already addressed an official letter to Xi Jinping.

Know more: Face of "Azov. Steel". Stories about the defenders of Mariupol